By allround.news (self meida writer) | 25 days

8. Manchester United are keen to sign a striker and have identified Everton's England forward Dominic Calvert-Lewin, 24, as the ideal candidate.

9. Matthijs De Ligt will remain 100% at Juventus. There is nothing between Barcelona and Juventus.

10. England midfielder Declan Rice, 22, has turned down two contract offers from West Ham and wants to be kept informed of any potential interest from Chelsea, Manchester United and Manchester City.

11. New Tottenham Hotspur boss Nuno Espirito Santo has been told captain Harry Kane, 27, will not be sold without his blessing, although the England striker is expected to reiterate his desire to leave the club this summer.

12. Real Madrid have entered the race to sign Portugal full-back Diogo Dalot from Manchester United. AC Milan are already in talks over a permanent deal for the 22-year-old, who had a loan spell with the Italian club last season.

13. Barcelona are hoping to wipe another chunk off their debt figure with another departure. President Joan Laporta is working away behind the scenes to reduce the €1billion debt figure, and he also has the added challenge of reducing the club’s wage bill by 40% to become compliant with La Liga rules.

14. England players are in line for lucrative bonuses from their boot deal contracts if they end the country's 55-year wait for a trophy.

15. Jordan Pickford has revealed that he managed to get Manuel Neuer to sign his shirt after England's Round of 16 win over Germany, and that he now plans to have the jersey framed.

16. Italy have "great respect" for Romelu Lukaku, according to Giorgio Chiellini, who says the Azzurri are braced for a tough test against the Belgium striker.

17. Luke Shaw has described England's Euro 2020 journey so far as an "amazing experience", admitting that he hasn't "felt this happy in a long-time" ahead of the quarter-finals.

18. PSG forward Kylian Mbappe and Barcelona striker Antoine Griezmann are the latest names to be involved in a bust-up following France's shock shootout exit from Euro 2020 at the hands of Switzerland.

19. Luis Enrique insists that Spain are serious contenders to win Euro 2020 after claiming that there is no better team left in the tournament.

21. Mason Mount amongst many contenders was voted as the Chelsea Football Club player of the season two months ago.

22. Jadon Sancho completes his premier League move to Manchester United until summer of 2026.

23. Last summer, PSG tabled a £5M offer for Swansea City's Andre Ayew but the negotiations broke down. Andre Ayew has officially left the club and is now a free agent. Do you think Ayew to PSG can be possible this summer? 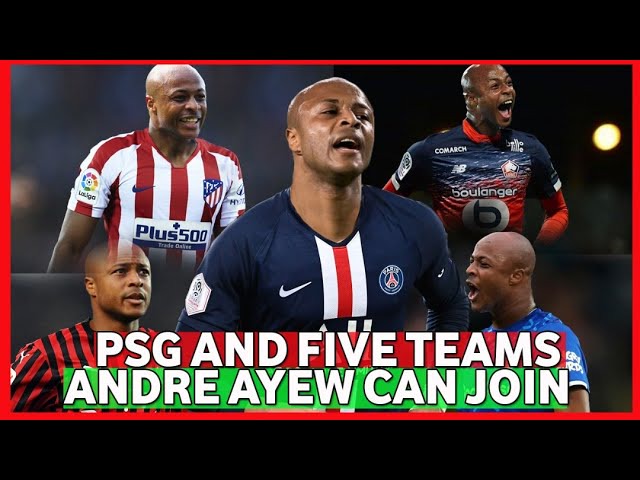