Ever since 2009, one goal a year has been selected as the winner of the FIFA Puskas Award. Over the past decade or so, there have been some absolutely stunning strikes that have won the prestigious accolade.

Cristian Ronaldo's iconic long-range goal versus FC Porto in the Champions League was the first to win the award 2009, while Neymar, Zlatan Ibrahimovic and Mohamed Salah are the other global superstars to emerge victorious in the voting. Currently, Son Heung-min, the South Korean captain and Tottenham Hotspur's forward is the holder if that prestigious award after he emerged as a winner in the 2020 voting edition.

2021 is gradually getting to the end and a high number of stunning goals have been scored around the world so far and it's going to take something very special to win this year's FIFA Puskas Award.

And I think we've found the youngster who has scored a goal so spectacular that it simply has to be the current front-runner.

The sensational youngster in question that am talking about is no other person than 15-year-old Ghanaian player Mizak Asante who plays his football in Ghana for Golden Kicks FC in the division two. 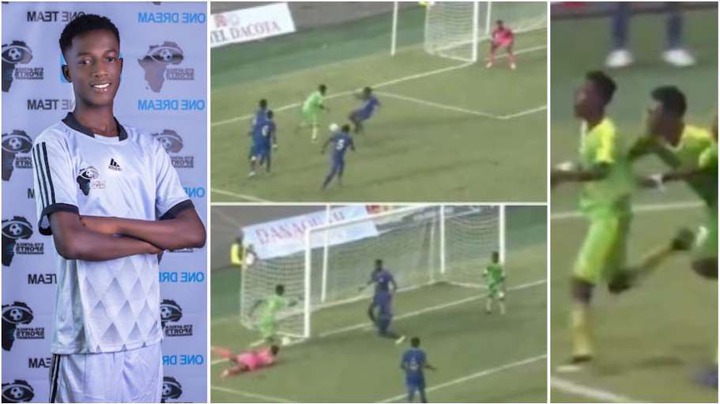 Just over the weekends is when the youngster did that magic, the 15-year-old Mizak Asante dominated the post-match talk of Sunday’s Greater Accra Division II playoffs final between Golden Kicks FC and Mobile Phone People FC at the Accra Sports Stadium of which he came on from the bench.

In the trending video that everyone is talking about, the substitute controlled a ball inside the box with his back to goal in the 81st minute when they were down by 1 goal to nothing, rotated 360 degrees in front of two defenders to wriggle his way out and then nutmegged another player to hit the bar line before shimmying the goalkeeper with a sharp right and left footwork. He dribbles about 7 players including the goal keeper before scoring that astonishing goal.

Screenshots Of The Trending Video 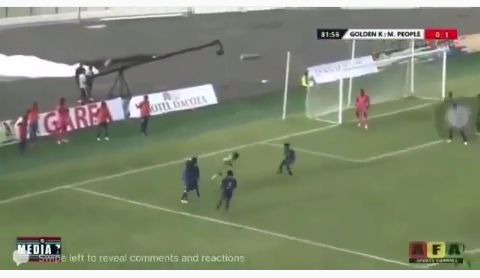 His goal gave Golden Kick FC the equalizer against Mobile Phone People FC to draw 1-1 but triumphed 7-6 on penalties to qualify for the Division One League. The young sensational is now the talk of town in Football and his goal has been trending everywhere especially on Twitter. 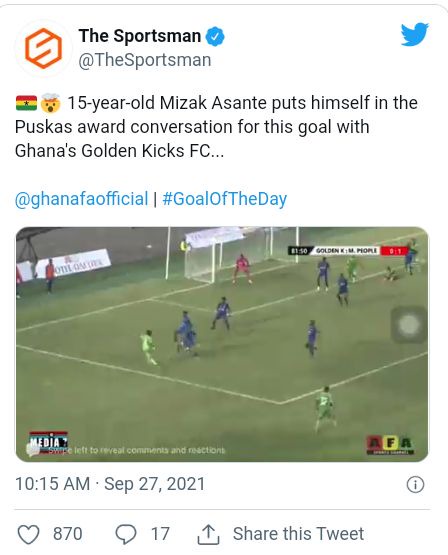 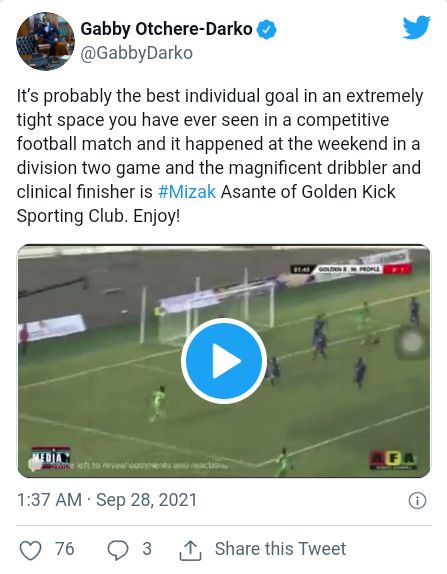 According to Gabby Otchere-Darko on Twitter, it is the best individual goal. He wrote; "It's probably the best individual goal in an extremely tight space you have ever seen in a competitive football match and it happened at the weekend in a division two game and the magnificent dribbler and clinical finisher is Mizak Asante of Golden Kick Sporting Club. Enjoy!" as he shared a video of the goal to it.

After that classic goal, he had an interview with 3Sports and according to Asante, the French World Cup winner Kylian Mbappe is his idol and he wants to play at the highest level and be like him.