By ThePhinisher (self media writer) | 2 years ago 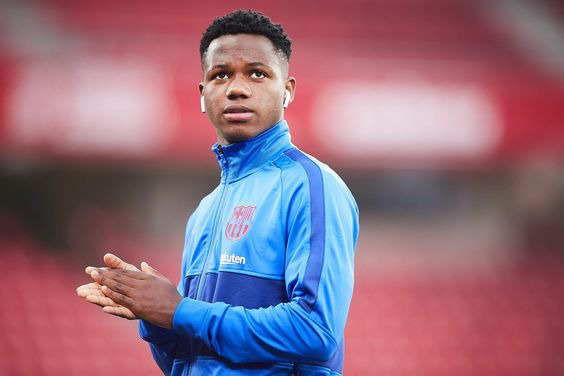 Ansu Fati became the youngest scorer for the Spanish National team. Against Ukraine, he scored the first International goal at 17 years and 311 days. Following his goal, Ansu immediately thought of his loved ones.

If the Spanish prodigy Fati was very moved after his goal, it's because he knows he has come a long way. And his family helped him to overcome all the difficulties!

Born in Guinea-Bissau, Ansu Fati arrived in Spain at the age of 6. He amazed recruiters from all over Spain at just 9 years. He came very close to signing at Real Madrid. But even if Real Madrid offered them more money, Fati and his Family finally choose FC Barcelona! 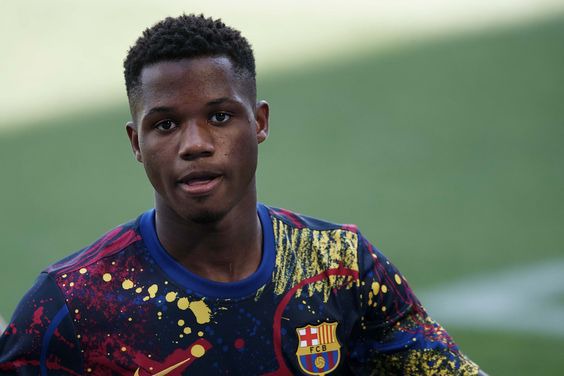 Here is what happened when he joined the youth. According to Victor Valdes, the manager at the youth side, the first time he had Fati with the team, he was in pain at the tournament in Russia. Valdes told him to show him his shoes and their condition was really bad. So he had to buy Ansu a new pair of cleats.

Fati demonstrated the full extent to his talent at the Masia. In 2015, at the age of 13, his career was cut short. He suffered a double tabia-fibula fracture. Ansu spent a year without playing football but he didn't give up! 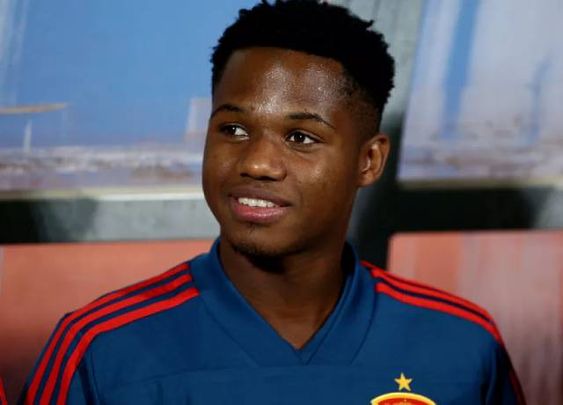 A few days after his return, he scored 9 goals in one game. Fati excelled the Youth League, then joined the A team at 16. Since then, no one could stop Ansu Fati, who is stacking up the records. UCL youngest goal scorer, Barcelona's Youngest scorer in La Liga and youngest player to play for Barca in UCL.

Lionel Messi even took him under his wing! Not Surprisingly, the Spanish squad opened its doors to him. Fati tackled his first matches apprehensively. "I have been talking all week with Busquests. He told me to enjoy my self and to be myself. And also talk to Jordi who told me more of the same, to enjoy them to be mysef and that is very beautiful experience", he said. 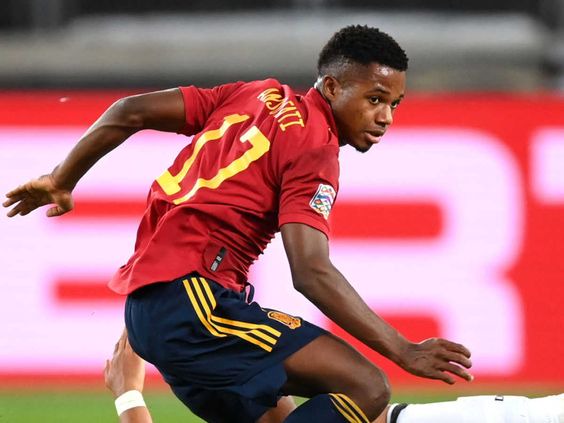 Fati was brilliant. However, to becoming the youngest scorer of the Spanish selection. He broke the back of his Ukrainian opponents! Let it be said, Spain and FC Barcelona hold a real GEM. At 17, he has already experienced several obstacles. Fati survived a serious injury that could have ruined everything.

HE withstood the pressure of being compared to the greatest footballer like Leo Messi. Now he is on the way to becoming the new star of Spain.

Content created and supplied by: ThePhinisher (via Opera News )