Defender Vincent Atingah converted a 41st penalty awarded Medeama SC to hand all three points for the Yellow and Mauves as they posted their 10th win of the campaign.

This game started on Wednesday, but, was rained off midway through the first half and was continued this morning with the scores still goalless.

The three points gained, sees Medeama SC increase their tally to 36 points on the table as they near the top four.

Defeat, was the 10th of the season for King Faisal who started the campaign on a high, but have lost that momentum. 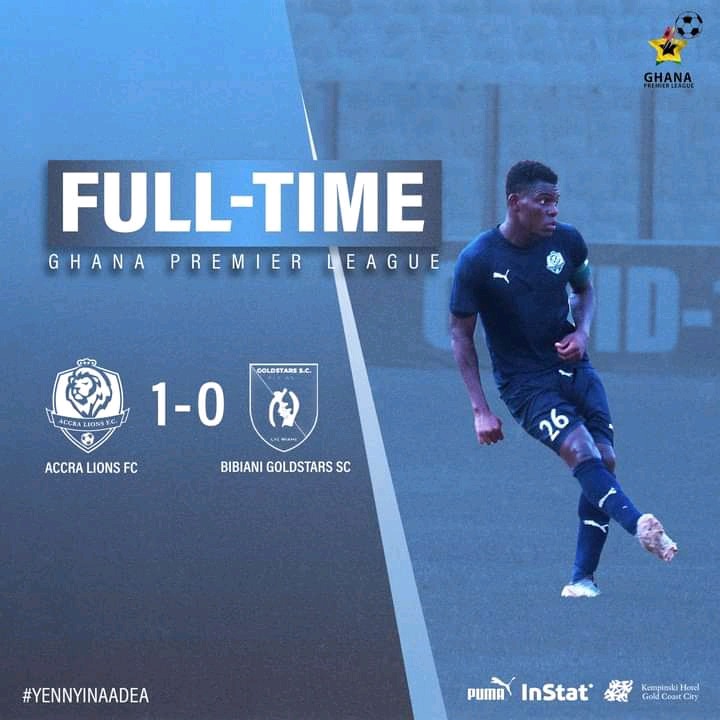 At the Accra Sports Stadium this afternoon, Accra Lions took advantage of the home conditions to pick the three points at stake against Gold Stars.

Daniel Awuni scored the lone goal of the game for the home side as they recorded their seventh win of the campaign.

Accra Lions have 27 points from the 22 matches that they have played as they steer away from the relegation zone.

The loss was the 12th of the season for Gold Stars who are winless on the road in this, their debut campaign in the Ghanaian top-flight league.