Augustine Okrah is a Ghanaian footballer who plays as a forward for the premier league side Bechem United. He lead Bechem United to play in the MTN FA cup final against Accra Hearts of Oak but lost by 2-1 to the phobians at the Baba Yara sports stadium. His outstanding performance in the 2021/22 season saw Bechem United finishing top four in the Ghana premier league.

On Wednesday 29 June, Augustine Okrah was interviewed on the most popular Sports show, Wontumi Sports on wontumi Radio 101.3 FM. Augustine Okrah was asked questions about his season with Bechem and his future by the host King Eben and this was what the 28-year-old attacked had to say.

According to Okrah, when he returned from abroad, several clubs have shown interest in his services including his former club Kumasi Asante Kotoko but Mr Adamu who is the president of Bechem United called him on phone and he could not say no to the Bono-based club.

Augustine Okrah also said he had a wonderful season because when he joined Bechem united, he met a lot of young players, they did pre-season together and the style of the team also suit him very well.

Okrah scored 14 premier league goals for Bechem united. His performance allowed him to be part of the black stars team for the 2023 Afcon qualifiers and the Kirin cup last month. There were speculations that the 28-year-old forward rejected the national call-up.

According to Augustine Okrah, he received a call from the national team camp after he played his last match for Bechem but he was not feeling well and he told them he cannot join the black stars in camp. Again Augustine Okrah was asked why he could not perform better in his previous seasons with Asante Kotoko by the Host King Eben and this is what the 28-year-old had to say,

'I perform better when am playing for Bechem united than Kumasi Asante Kotoko because there is a secret that I cannot reveal'.

'We played 4-3-3 formation at Kotoko and I did a lot of defensive duties so it was tough for me that's why I struggled at Kotoko'.

Augustine Okrah said he has received offers from abroad and the match against Hearts of Oak in the MTN FA cup could be his last match for Bechem United. 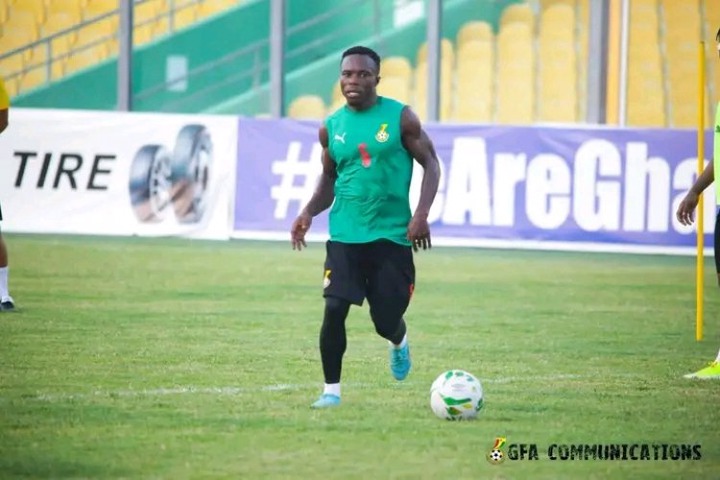