By FreshGist.gh (self media writer) | 3 days ago

This is a true reflection of the scoreline they got in the game with Dzida FC at the Accra Sports Stadium where the gate fee was Ghc10.

Hearts of Oak has never tried to down push the club but the true success really depends on the kind of players they recruit.

But the signing so far has not been bad at all. Let’s continue to push the club to the standard where they belong in a good faith.

There have been some youngster at the disposal of Hearts where they have come to compete over this time.

The best club in Ghana will always see the good out of their team.

The Africa mileage of Hearts of Oak wants to see every team playing like them in the tournament. This Hearts of Oak team is very promising and confidently, they can win the Champions League.

The kings in the match they played with Dzida FC a lower division side which ended by 6-0 in favour of the Phobians.

The kings scorers of the match has to do with the usual starters in their matches except Kofi Kordzi who was a substitute in their first match in the CAF Champions League tournament.

Patrick Razak also showed his class after been at the bench for a long time. We have Kofi Kordzi, Salifu Ibrahim, Afriyie Barnieh, Isaac Mensah and Patrick Razak.

Hearts of Oak playing against the North Africans is not the first time history but has repeated itself over and over again. 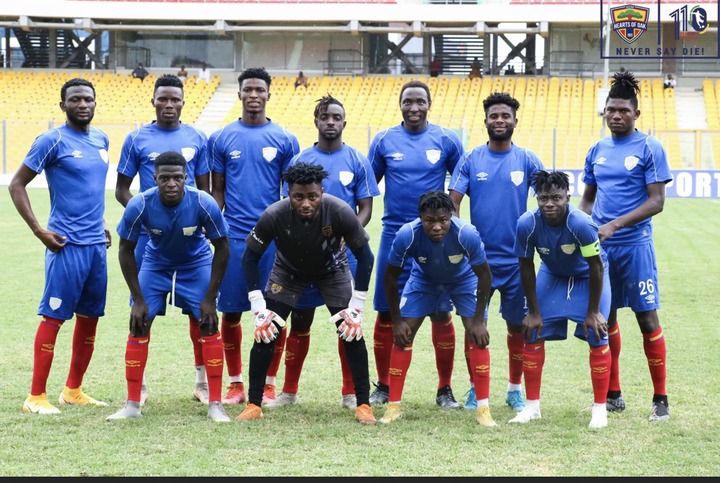 The time of the 64 battalions are still the quality of players the club was having.