86-90': FULL TIME! Chelsea scarcely perspired as they traveled to a 3-0 win over Rennes. Next time, they face each other in France in what could be where Chelsea seal their spot in the knockout stages. 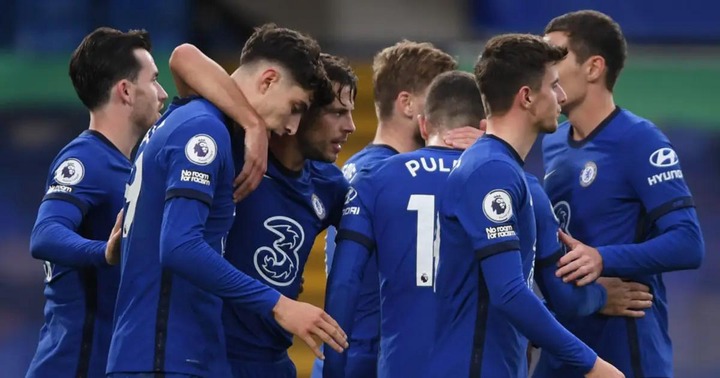 Kauten, Reddit: "Great game for us. However, feel there are a lot of players that should take the risk when they get minutes in the CL. Try not to feel any of the subs aside from Callum has carried energy to the group."

75-85': Edouard Mendy delivers a decent spare, exactly when he's approached to do as such.

yellowyeahyeahyeah, Reddit: "We've looked truly powerless since subbing Chilly, Kante and Silva. The progression down in quality is enormous."

66-75': Giroud had the most obvious opportunity since Abraham's objective however neglected to dink it over the guardian. All things considered, this is transforming into a quiet and tranquil issue.

t'sTheNopeThatKills, We Ain't Got No History: "Giroud ought to have been next misguided. On the off chance that that was on the left half of the crate he scores it. An excess of time and attempting to let it hurry to one side foot."

ForgetMeNot077, Reddit: "Practical move by Giroud, not scoring that. I'm certain his armpit was offside and would have been clear for all to find in the VAR check."

56-65': Frank Lampard began taking central participants off. Too soon to state the game is done, however Chelsea should be sufficient to clutch such a tremendous lead.

Critzor, Reddit: "I believe Werner's remaining on for somewhat longer as he's on a hattrick.. Unfortunately CHO's influenced however."

Hutcho, Talk Chelsea: "I envision Lamps is attempting to give Werner a possibility for his hattrick. I'd take him off. In any case, for player relations, it may not be a terrible move to give him 25 mins to attempt to get it."

sonic90, The Shed End: "He has a skill of doing nothing in games except for scoring objectives, I'll take that."

Wubulubdubdub69lol, Reddit: "All around done Tammy for scoring an objective as well as for at long last placing one of Reece's scrumptious balls in."

41-45': Half-time! Chelsea have an agreeable lead, both objective and faculty shrewd. The subsequent half ought not be the hardest test of their season, to say the least.

lrzbca, Reddit: "Ought to get Kante and Ziyech off before this ref gives them second yellow for some senseless test."

Somestupidname8, We Ain't Got No History: "Well, we merit the lead, we don't merit the second. The pen was perplexing, the second yellow clever."

31-40': Kante and Ziyech got booked. Rennes began to make possibilities. The main minutes recommended a lot simpler game... yet, at that point, Chelsea are granted a subsequent punishment, and a Rennes protector is shipped off (a cruel one, most likely)! A support for Werner.

BlueTech268, Reddit: "That is so brutal, for me he's moving his arm to impede his face, and the red is pretty crazy."

SadistChicken, Talk Chelsea: "Horrendous choice, would have totally detested if that transpires."

21-30': Chelsea actually have the ball, yet they're less taking steps to Rennes' objective. Should be less aloof, presumably.

emperor_zee, Reddit: "Umm...is it me or are our old leaving propensities appearing behind? Substantial on the wings and back passes and hardly any event in the center."

11-20': Chelsea have been a much better side in the initial minutes, however they have an early physical issue alarm as Tammy Abraham is limping.

Vegetable, Talk Chelsea: "A great deal of high passes, vertical play, shots onto hands and ball skipping around. Beginning to contemplate whether over-blowing up the ball is strategic move from us, lol."

Wubulubdubdub69lol, Reddit: "Great to see with Mendy in objective resistance players would now be able to give the ball back to our attendant after a physical issue without it enrolling as a shot on track."

1-10': WERNER! The German striker procures and changes over an early punishment!

theMAJdragon, Reddit: "Timo is a safeguarding bad dream. You think you have a lot of time to will ball before he does and afterward he turns into the glimmer."

TheRoyalBlue26, We Ain't Got No History: "A smidgen of slumping around there from Timo. it's a pen throughout the day however hey now man. Likewise however disgrace on all the refs who have made this dynamic where you should be emotional to get the call."

Commencement! Hi and welcome to Stamford Bridge! It is a Champions League night, as Chelsea are taking on Rennes, the previous club of Edouard Mendy - and Petr Cech. In the event that the Blues win, they will stay on top of Group E. Please you Blues!.