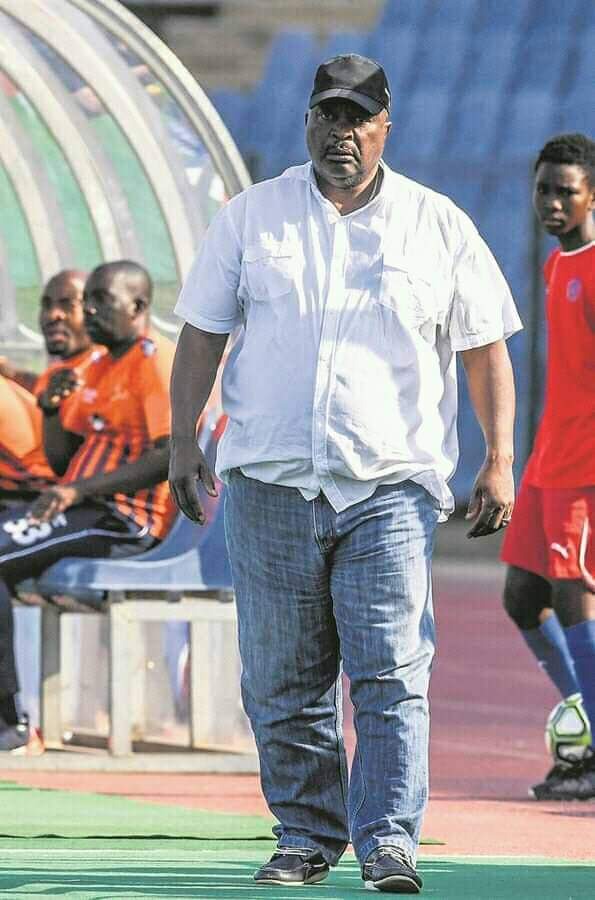 Let's welcome the first man who owns a football club, coach it, owns it, manage it, kit manager, Bus driver, CEO of the club, ball boy, Dr of the club and he was also a soccer player. Mr Jomo Sono, who fire and hire himself as a new coach and he is a man who pays and rob himself at the same time. This man is also working at the kitchen, if his salary isn't paid on time he complains to himself.

Sono's football career had an unusual beginning; during a match that he attended one of the Orlando Pirates’ regular players was absent and Sono was requested to stand in for him. He soon gained fame for his all-round ability, dribbling and accurate passing skills. It was during this time that he was given the nickname of Jomo (which means "burning spear") by an Orlando Pirates fan, who saw in him the same leadership qualities as those of Jomo Kenyatta, the then president of Kenya.

When he was eight years old, his father Eric Bhamuza Sono, who was a midfielder for the Orlando Pirates football team in the early 1960s, died as a result of a car crash. Soon after, his mother abandoned him. Consequently, Sono was left in the care of his ailing grandparents; as they were very poor, he had to resort to selling apples and peanuts at football games and train stations to clothe himself, buy food for his grandparents and pay school fees. Both his grandparents were born in the then Northern Transvaal at Valdezia village outside Makhado in Limpopo Province. Sono played professionally for Orlando Pirates where he remains a legend to this day, as well as memorable stints overseas at Sporting Lisbon and later in America for the (now defunct) New York Cosmos, where he starred alongside Brazilian legend Pele and German stalwart, Franz Beckenbauer.

Nigerian student reportedly ends up dead after 11 rounds of intercourse