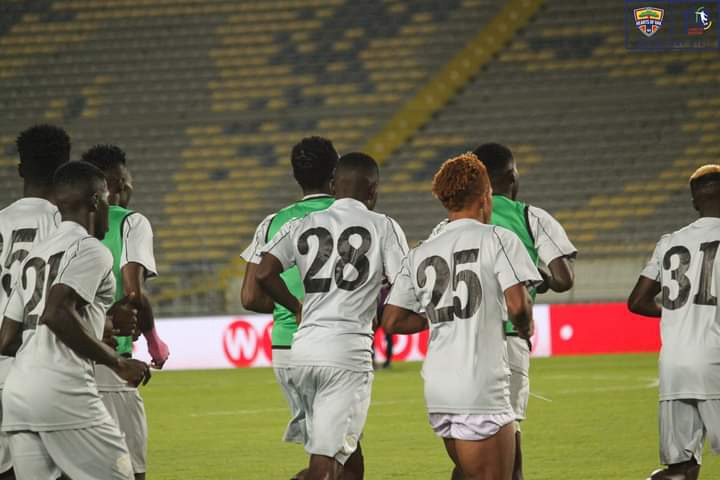 Wydad Athletic Casablanca have qualified to the group stage of 2021/22 CAF Champions League after a 6 - 1 mauling of Accra Hearts of Oak. Today’s win makes it 6 - 2 on aggregate. The Ghanaian representative is scheduled for a CAF Confederation Cup play off.

Kofi Kodzi launched an early attempt for goal but his effort went overboard. WAC responded with swift movement which resulted in a free kick, but the kick flew above goal post.

WAC of Morocco took the lead in the 5th minute after Ayoub had crossed the ball for Salmon Happygod Nsuva to head home.A minute later, WAC had their way through with a free kick and Mounsef expertly converted it to double their lead for the home side.

The Moroccan club pushed for the third with quick play and spaces, resulting in glory in 19th minutes. Achraf Dabi out jumped his makers to head high into the net, beating goalkeeper Richard Attah in the process.

With a 3 - 0 lead before half hour mark, Wydad Athletic Casablanca continued to dictate the tempo of the game, but Accra Hearts of Oak gave a glimpse of hope.

Three minutes after half hour mark, Salmon Happygod had a one on one with goalkeeper Richard Attah, but the goalkeeper saved the occasion for the Ghanaian champions.

The fourth goal for WAC came in the 39th minute through a penalty kick, when goalkeeper Richard Attah hacked down Muald Ellafi. WAC dominated proceedings to end the first half with four unanswered goals. 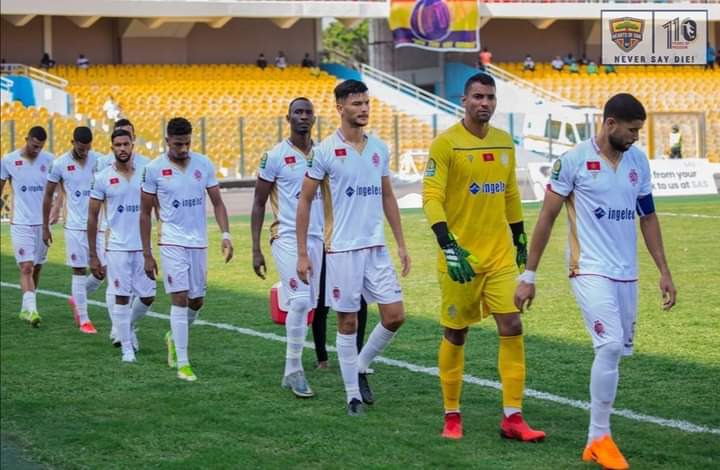 From recess, WAC came close to goal but were denied by Richard Attah, the fifth goal was scored after Ayoub beat Robert Addo Sowah and Mohammed Alhassan to score.

The Moroccan club kept piling pressure on Accra Hearts of Oak and got the sixth goal.

The rainbow club responded with inter positional play but that was not potent enough to breach the opponent’s defense. Kofi Kodzi tried to make a way through defenders, for which he was brought down on many moments. Samuel Boadu made few changes which led to a goal in the 83rd minute by Patrick Razak. 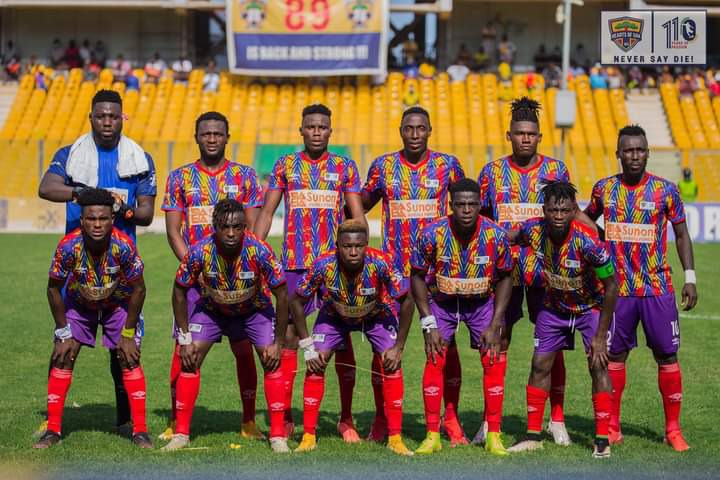 Following the goal by Patrick Razak, Accra Hearts of Oak pushed more men forward to get goals but they were put to check by defenders. WAC remained resolute while ensuring that they protect their goals.

Patrick Razak came close with another chance but goalkeeper Ahmed Reda was alive to deal with the threat. WAC did not lose focus to ensure they win the game. This means, coach Samuel Boadu and his lads will play in the CAF Confederation Cup.

Do you wish to have flat tummy you have tried all source but not working, try this one too.

Take a look at how this therapist was massaging the thighs of the boss lady.