By Abdul-Jalilu (self meida writer) | 21 days 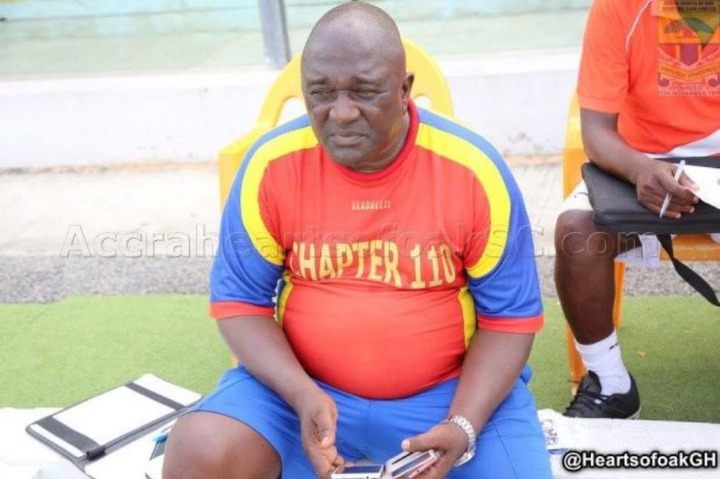 Director of communications for Accra Hearts of Oak Opare Addo has revealed, team manager Sabahn Quaye’s sick leave has been extended based on doctor’s report. He enunciated, Sabahn Quaye was expected to resume from his sick leave on 24th March, but had to extend the sick leave, to enable him recover fully for the task ahead.

The team manager took a sick leave around the middle of the first round of the Ghana Premier League. This was reported to be an exit of Sabahn Quaye from the technical department of the club, but later those reports were rebuffed.

Another technical member was tasked to take charge of the duties associated with the position.

With the second round matches scheduled to bounce back this weekend, many anticipated the return of the experienced Nii Sabahn Quaye to the technical area, but that may take few days or weeks as he is still recovering.

“Sabahn Quaye took a sick leave and was expected to return on 24 March but per medical report, he is supposed to continue his recovery process. So when he recovers he will resume work”. Opare Addo told Nhyira Sports.

His absence could create a vacuum, but plans have been put in place to take care of that.

“Even though Sabahn Quaye is not around but work has to go on. Technical member W. O. Tandoh has been tasked to assume the role of a team manager,” added Opare Addo.

The director of communications further explained that, the team is preparing fervently for Aduana Stars ahead of this weekend’s match at the Accra Sports Stadium. Win is the ultimate goal of the team and that is the focus of the team presently.

Speaking on the readiness of the technical team led by coach Samuel Boadu, he expressed confidence and optimism in the tactical approach of the coach, noting that he will prove a point on Sunday.