Van der Sar the next CEO of Manchester United? Ferdinand shares some qualities of him in latest post

By Nsemkwaaa (self meida writer) | 20 days 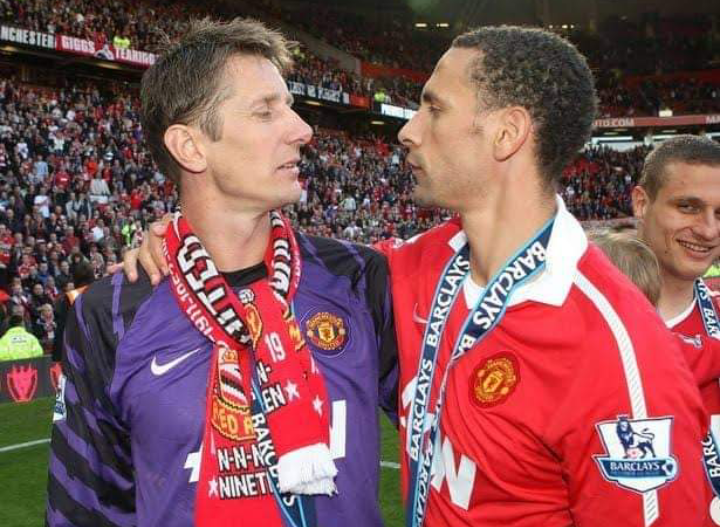 The Executive Vice-Chairman of the most successful club in the history of Britain, Manchester United, will become vacant this summer as Ed Woodward, the current occupant, will step down.

His replacement has become an issue of debate in recent times with a legend of the club, Edwin Van der Sar being hugely tipped to succeed Ed Woodward.

The legenadary goalkeeper, who is currently the Chief Executive Officer of Ajax Football Club, is rumoured to also be highly interested in the position at Old Trafford, a club he dearly loved.

As the time inches closer to the decision to be made, his former team mate, Rio Ferdinand has released a latest post which seem to campaign for Van der Sar's appointment.

According to Rio Ferdinand, Van Der Sar was the most composed goal goal keeper he had played with.

“What’s needed to be a great keeper: shot stopping, presence, authority, organiser, good feet, mental strength, agility. There are more, but one thing Edwin had more than any keeper I ever played with was – calmness & composure. There was never any panic with him, he was never flustered.

"[He had] an aura of ‘l’ve been here before, just chill guys’ exuding off him. For a centre back to feel that from a keeper is a comforting thing to have. He was not the best around at some of the things I listed above but he was very good at many and outstanding in others," he stated.

Rio Ferdinand added that Van der Sar was one player who was there for Manchester United anytime the team needed him, and he made other players around him to play better.

"Great players to my mind make others play better and Edwin certainly done that. Also when Manchester United needed him he was always there: big moments, one important save to make in the game etc he was there with no fuss! The triangle of Edwin, myself, and Vida will never be forgotten," he said.

If You Experienced This Before 40, Your Stroke Risk Is Higher, New Study Says

Few weeks after getting a date, see a transformational picture of Fatima and her date Bismarck