The Ghana Black Stars will play a third fixture of the World Cup against Portugal at Stadium 974 on Thursday, November 24, 2022. 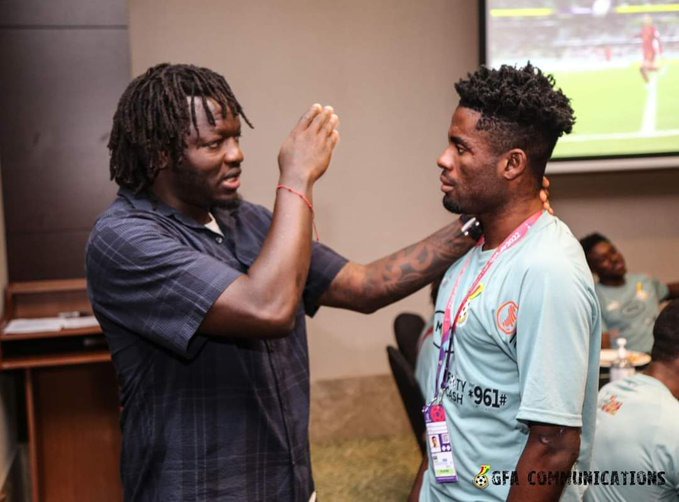 The team has been well-prepared in Doha and is primed for a strong performance against the team they faced in their last appearance in Brazil in 2014.

The team has received motivational messages from high-profile political personalities, with the most influential video by Vice President Dr. Mahamudu Bawumia inspiring the team to excel in the competition.

The team has been visited by prominent football dignitaries in Doha, especially Sulley Muntari, who got to the camp of the Black Stars ahead of the opening game with Portugal, the last team Ghana lost to in Brazil.

The Black Stars failed to compete in the last edition of the World Cup in Russia, but they will compete for the fourth time in Qatar under head coach Otto Addo. 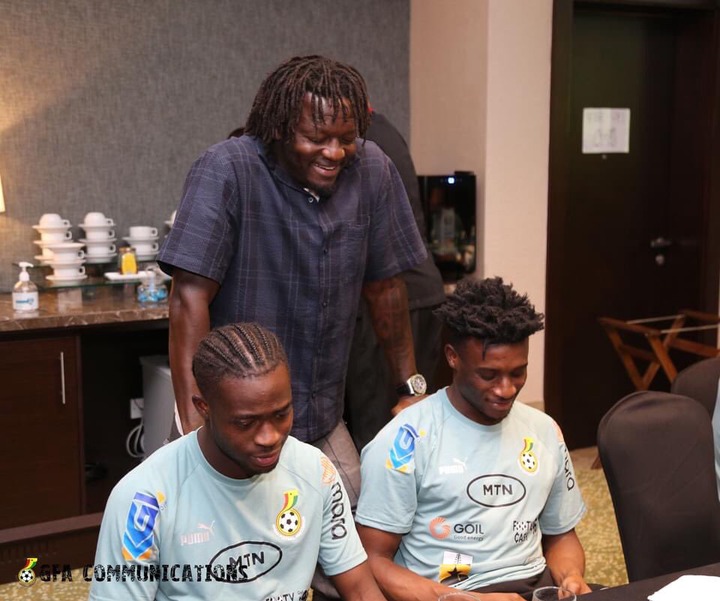 The editors of www.atspo.com recall an incident that took place at the Black Stars' camp following their defeat to Portugal and elimination from the group stages in Brazil.

It was reported that Sulley Muntari assaulted a management member at that time, Moses Armah Parker, the Chief Executive Officer of Medeama Sporting Club, on winning a bonus for the team.

Sulley Muntari and Kelvin Prince Boateng have been officially barred from playing for the Black Stars after His Lordship Justice Senyo Dzamefe's Commission of Inquiry issued its final report on the Black Stars' participation in the 2014 World Cup tournament in Brazil.

One of the conditions recommended by the Commission of Inquiry as the basis for Sulley Muntari's re-invitation into the national team is basically to provide an unconditional apology to Mr. Moses Armah Parker. 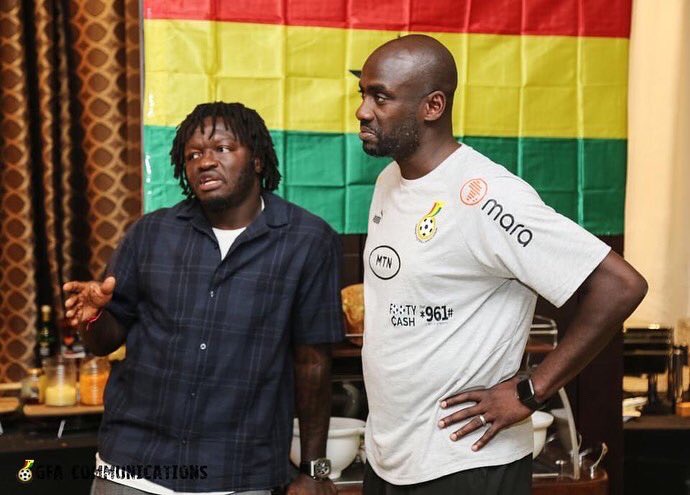 The former Hearts of Oak midfielder, Sulley Muntari, revealed in an interview with Dan Kwaku Yeboah, "I will use this opportunity to apologize to him (Moses Armah Parker). I disgraced him and made people ridicule him. It was not international to do something like that."

It has been confirmed that their bankroller, Medeama SC, has now reconciled with Sulley Muntari at the Black Stars camp ahead of the Black Stars' opening game against Portugal, which Ghana lost last time.

"Medeama SC President, Moses Armah, and Former Black Stars Midfielder, Sulley Muntari, meet at the Black Stars Camp in Qatar," according to a tweet from @MedeamaSC. 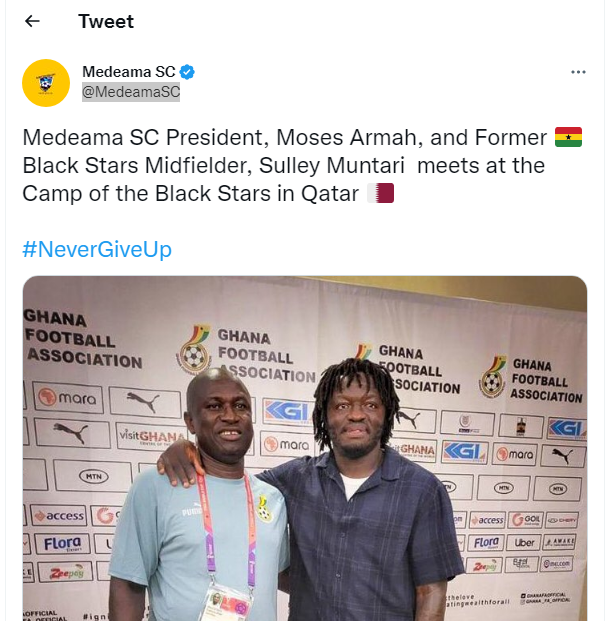