By Kemicalz (self media writer) | 1 year ago 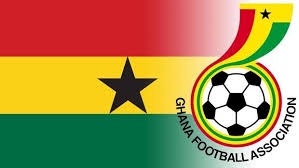 The 2020/21 football season started on a good footing amidst Covid-19 scare with teams (both division one and premier league) making a lot of sacrifices to play without a headline sponsor after getting a meager start up money for the competition.

However, in the course of the season, Government's Covid-19 taskforce gave the Football Association(FA) greenlight to admit 25% of fans into our various stadia, a decision which was greeted with much enthusiasm.

Along the line, some teams such as Karela and others were punished for flaunting covid-19 protocols. The FA after some deliberations decided to stop fans from going to the stadium until recently when the football loving enthusiasts regained access to the stadium.

A lot of disciplinary actions have been meted out notably among them was the one against some players of Elmina Sharks. There has been a lot of upsets and disappointments especially from teams like Ashgold who were tipped to be title contenders. 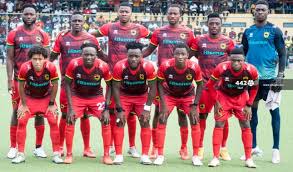 In lieu of the above which has made this league one of the best in recent times, there has been a lot of controversies and a one way application of the laws of the game towards some teams both in Division one and Premier league, the worse culprits being Techiman City and Asante Kotoko. A lot of incidents have gone unpunished or without a statement from the FA although same FA is quick to respond to incidence of certain team teams.

Recently, Kotoko officials were maltreated with some beaten in a match against Aduana Stars which up till today, not even a statement from the FA than to condemn the act. In a similar fashion, the Accra Sport stadium was over 70% full during the match between Hearts of Oak and Olympics which saw some awkward tackles but possibly, the FA would would issue a statement about it tomorrow. Again, we were read the ruling of the PSC on the Kotoko Vrs Coach Maxwell Konadu citing FIFA laws and pushing aside the contract between the two parties asking Kotoko to pay the full amount of the remaining contract fee. 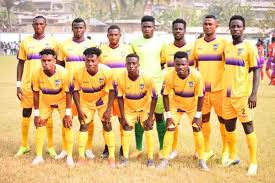 Meanwhile, a similar situation has ensued between Medeama and Coach Boadu with Medeama citing same FIFA laws used against Kotoko but the FA's Player Status Committee PSC didn't see same law in their current lens and this time gave a different ruling... 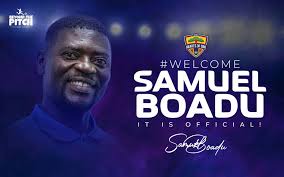 There has been very poor tackles that have almost ended the seasons of Hafiz Konkoni and Justice Blay as well as other bad tackles on many players, something currently Kotoko coach talked much about it but we never saw the FA apply any laws further to punish any player. Just last Sunday, two deadline tackles went on Salifu Ibrahim which all went unpunished (clear red card incidents) which could have ended his life but as at now, GFA have said nothing about it with an EXCO member Nana Oduro Sarfo claiming the FA has not seen. 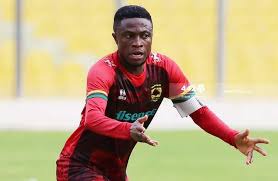 However, yesterday we were greeted with a charge against Kotoko's Emmanuel Gyamfi for an off the ball incident on an Inter Allies players, which everyone has condemned. I applaud the FA for such a good move. But it baffles my mind that the same prosecutor didn't see a similar tackle on Gyamfi in the same match that also needed to be charged? I also find it very difficult to understand how the FA prosecutors couldn't see the bad tackles on Salifu or there is a different prosecutor for Kotoko and that of other teams.

There have been countless incidences that have been swept under the carpet by the FA. The beatings on coach Ernest Thompson is still fresh in our minds. Wrong is wrong and must be punished but this mafia selective reabsorption of cases is making a section of football fans think the FA has an agenda against certain teams.

I therefore call on the Ghana Football Association to as a matter of urgency apply their rules to all teams and clear the air from all the misconceptions.