The Soccer Mountaineers thus have the opportunity to gain promotion to the National Division One League, DOL if they are able to negotiate their way through in the upcoming contest.

Okwawu United gained this passage after success in the Zone 8 league competition ahead of Storm Academy, Okwawu City, Kwahu Warriors, Odweanoma FC and Birim United in that order. 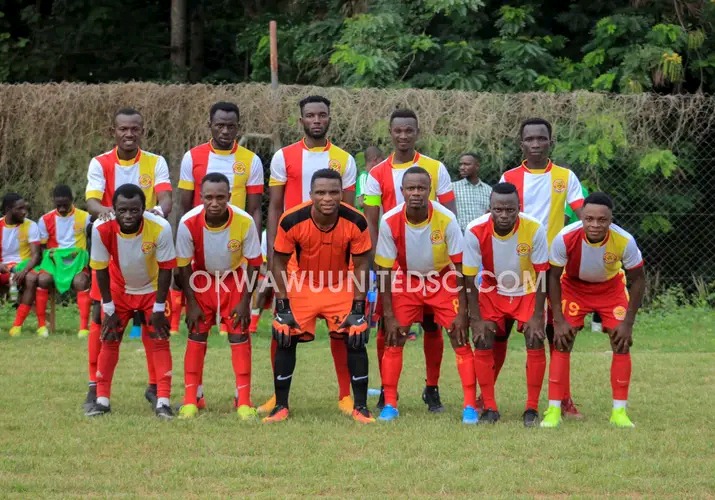 With the zonal league over, Okwawu United will now prepare for the regional middle league competition which leads to qualification to the second tier league in Ghana.

The former Ghana Premier League, GPL side, are trying to bounce back to the limelight after falling to the Division Two league due to problems that were mostly self generated.

The club is under new management and, the chieftains have promised to get the club back to where they truly belong in Ghana football within the shortest possible time.

Last season, they missed out on promotion to the DOL after losing in the grand finale of the middle league competition to Kwaebibirem United.

They have promised to make amends this season as they chase promotion to the second tier league in Ghana.