By Abigail.blog (self meida writer) | 16 days 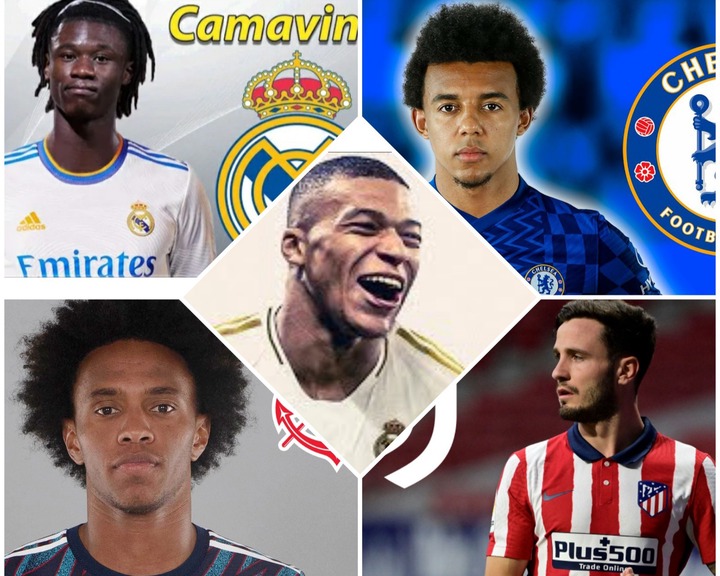 Real Madrid | PSG is demanding € 250 million for Kylian Mbappe. Sky Sports specifies that Real Madrid can offer € 180 million fixed for Kylian Mbappé, along with another proposal of € 170 million fixed + € 30 million in incentives (reaching € 200 million). Of course, the Direct Gol programindicates that the monetary claims of Paris Saint-Germain rise to € 250 million for the young striker. A footballer who insists on not renewing. Despite being calm about his future, French striker Kylian Mbappé has once again shown Paris Saint Germain his desire to go to Real Madrid. The attacker insists on his plan not to renew the bond that unites him with his team and dreams of wearing the elastic meringue. The whites have slowed down the negotiations this Monday, August 30, but they are preparing a last offensive before the market closes.

Continuing with the information from Real Madrid, as Fichajes.com has learned , the merengue team and Olympique de Lyon have set their eyes on the Congolese center-back Chancel Mbemba. Porto would be ready for a sale if it receives € 8 million in the transfer, while the player values ​​the Spanish place more for the possibility of competing in the Champions League.

FC Barcelona | Koeman discards Umtiti and Riqui Puig . With words, but also with actions, Ronald Koeman has made it clear that he has neither the Catalan midfielder Riqui Puig, nor the French defender Samuel Umtiti. In any case, his departure from FC Barcelona seems very complicated. Likewise, the Barcelona team is very close to achieving the signing of the young Turkish talent Emre Demir. The footballer will play this season in a Kayserispor that will receive € 4 million for its sale. As for Rey Manaj, after having been related to Real Mallorca and Cádiz, he would have five other proposals to leave FC Barcelona this summer. According to the newspaper As, Cagliari, Rayo Vallecano, Fenerbahçe, Anderlecht and Freiburg are in the footsteps of the Albanian striker.

And it cannot be ignored that the culé team could earn up to € 45 million with the sales of Emerson Royal to Tottenham (€ 30 million), as reported by Fabrizio Romano, and Ilaix Moriba to RB Leizpig (€ 15 million), according to information from Mundo Deportivo . Likewise, according to Albert Fernández, editor of GOL , the culé team hopes to incorporate a striker on loan if he is able to make exits and things go as expected within the club. And if Emerson Royal finally accepts Tottenham Hotspur's offer, FC Barcelona has set its sights on Héctor Bellerín. According to Sport , the signing of the canterano culéIt depends on the OK from Ronald Koeman. As for Neto, he would be delighted with the possibility of heading to Villarreal to occupy the place of Sergio Asenjo. Of course, the newspaper Sport states that his pass is € 8 million.

The Arsenal is going through a really tricky start in the new season of the Premier League . Their manager Mikel Arteta is undoubtedly still resigned to the painful defeat suffered against Manchester City at the Etihad Stadium . Meanwhile, the protagonism of this text is going to focus on the figure of Willian (33 years old). All this because the former Chelsea player has reached an agreement with the Gunners to terminate his contract in the British capital. What's more, Arsenal have confirmed that their next challenge is in Brazil, given that they have taken the flight back to Corinthians . "Willian will look for a new opportunity at Corinthians, where he began his career," says the official statement from Arteta's men.

Interesting information that comes directly from France. All this in relation to a bet on the future of Real Madrid , an objective that appeared on its agenda during the first confinement (March 2020) due to the coronavirus pandemic. We are talking about Eduardo Camavinga (18 years old) , a young talent from Rennes .

According to the content spread by Paul Tchoukriel, a journalist for CANAL + , the 13-time winner of the Champions League has scored the direct for the midfielder. And, based on what this source publishes, it seems that the negotiations are progressing on the right track for the interests of Carlo Ancelotti's team.

Real Madrid and Rennes would have fully agreed on what refers to Camavinga's landing at the Santiago Bernabéu . While waiting to solve the final fringes, it seems that the next challenge in Eduardo's career will go through the giant merengue . Despite the growing interest from Paris Saint-Germain , it seems that the club chaired by Florentino Pérez has anticipated the squad in the French capital . Subject to follow.

Sevilla no longer negotiate for Jules Koundé . Sevilla has declared the negotiations with Chelsea broken and has made it clear that, according to Marca , Jules Koundé will only leave the team after payment of his termination clause (€ 80 million). To this day, in Nervión they believe that it is best for the player to remain in the team. In addition, Sevilla is one of the teams that has been interested in the signing of Miralem Pjanic, a footballer who does not enter into the plans of FC Barcelona. The Bosnian, yes, prefers to return to Juventus. And what about Sven Botman, a central member of Lille whose market value amounts to a whopping € 30 million. Quoting Sky Sports , the Dutchman is delighting Wolverhampton Wanderers, a team that will compete with Sevilla in this bid.

Real Betis | William Carvalho rejects Fulham. Portuguese William Carvalho has said no to the possibility of landing on loan at Fulham. According to Mundo Deportivo , the Real Betis midfielder was not satisfied with the conditions offered by the Championship team. And Real Betis sighs for the return of Dani Ceballos to strengthen his core. However, according to what Mundo Deportivo publishes , the terms of the negotiations proposed by the Verdiblancos do not finish convincing Real Madrid. 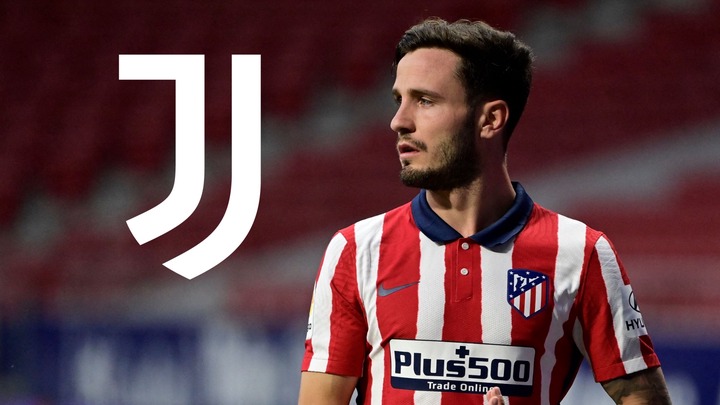 Juventus activates the Saúl route to the center of the field . Insistently linked with Chelsea and Manchester United in recent days, a new team has joined the race that aims to take over Saúl. This is Juventus, a squad that is looking for reinforcements for its core and sees the Atlético de Madrid player as a very interesting option.

Arsenal value the signing of Marco Asensio . Arsenal do not rule out throwing their nets on Marco Asensio before the close of the summer market. According to The Sun , the Gunners want to take advantage of the fact that the footballer still plays a secondary role for Carlo Ancelotti.

Brighton pays the Marc Cucurella clause . Marc Cucurella will change the League for the Premier League. As Fabrizio Romano points out, Brighton will pay the € 18 million of the Catalan's termination clause to Getafe and the footballer will travel to the United Kingdom today to sign his contract with the Seagulls .

Inter Milan does not rule out last minute signings . The Inter Milan board of directors does not rule out completing new signings before the close of the summer market. Of course, any operation is subject to, according to CalcioMercato.com , the prior departure of any of the footballers that appear on their discard list.

Adam Ounas sneaks onto AC Milan's radar . AC Milan has expressed interest in recruiting Adam Ounas to its ranks. As Sky Sport Italia says , the Rossoneri's proposal would be a transfer (€ 3 million) with a purchase option. Of course, Napoli only intends to negotiate a definitive sale, valuing his pupil at € 20 million. For its part, the agreement with the Girondins de Bordeaux for the transfer of Yacine Adli would be very on track. Quoting RMC Sport , the Italians will pay € 10 million for the midfielder and give him one year to the French team.

Mikkel Damsgaard, last minute option for Liverpool . Both England and Italy believe that it is still feasible for Liverpool to cast their nets on Danish midfielder Mikkel Damsgaard (Sampdoria) before the close of the summer market. Leeds United are also considering taking action.

The Juventus of Turin does not resign Mauro Icardi . After the goodbye of Cristiano Ronaldo, who has returned to Manchester United, Juventus in Turin is making a move in order to improve their attack. Therefore, citing Il Corriere della Sera and the journalist Nicolò Schira, Vecchia Signora remains in the footsteps of a Mauro Icardi who does not enjoy much prominence at Paris Saint-Germain. In a different vein, as Fichajes.com has learned , the Italians are closely following Eden Hazard. However, they will not present any offers for the Belgian Real Madrid in this transfer window. Finally, according to Alfredo Pedullà, the Bianconera squad he is negotiating with PSV for Mohamed Ihattaren.