Michael Vinicius Silva de Morais born on 19 April, 1993 who is simply known as Michael has sign for Ghanaian Premier league giant Asante Kotoko from Japanese side Iwate Grulla Morioka. Michael plays as a forward and has obtained a decent record to his football career.He has had stint with several clubs which includes Fluminense, Estoril, America Mineiro and the club where he had a decent spell at Linkonping City in Sweden.

He joined the porcupine royals in the second round of the Ghana Premier League competition and has scored for the the red and black giants on his debut against Brong Ahafo side Bechem United , making a huge impact.He was the second Brazilian to score on the afternoon after Fabio Gama netted the second goal on 44 minutes in the 4-0 drubbing of Bechem. He has made an impressive start for the porcupine royals and has catch the eyes of the fans. 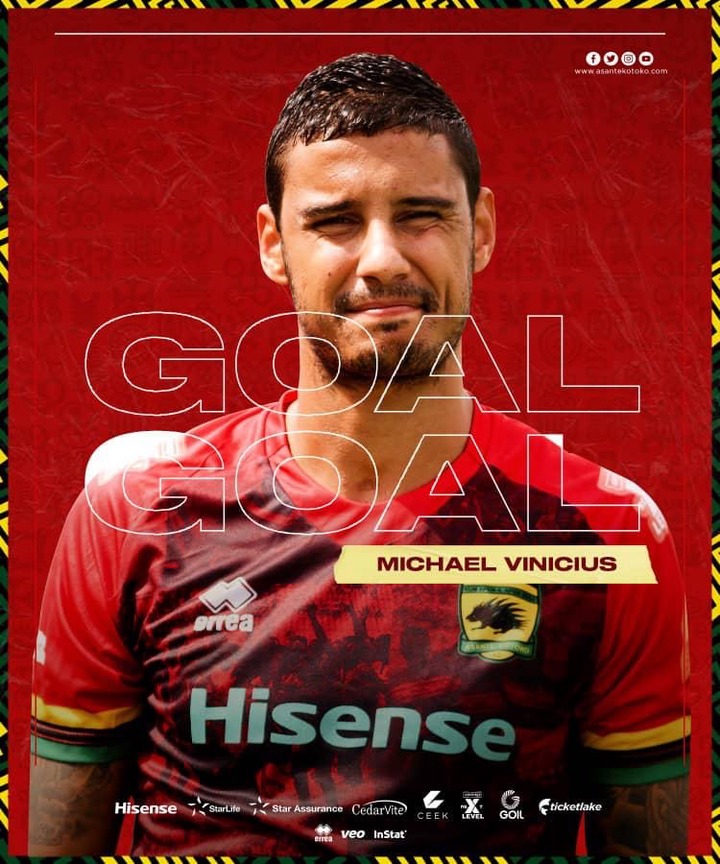 He benefited from Godfred Asiamah's strike from inside the box came off the side-post and he had the easiest task to connect home into an open net. Vinícius had come on to replace Francis Andy Kumi, one of the goal scorers on the afternoon in the 79th minute who was also making his full debut.

Defender Ismail Ganiu opened the scoresheet with a beautiful free kick, followed by a fantastic goal from Fabio Gama. Andy Kumi made it three and the debutant Michael Vinicius compounded their woes by scoring the fourth goal which was enough for the Kumasi based club to secure all three points at the Obuasi Len Clay stadium. This win means that Kotoko has now surpassed their arch rivals Accra Hearts of Oak to be at the third position on the league log with 31 points and they are just two points behind league leaders Great Olympics who have amassed 33 points. 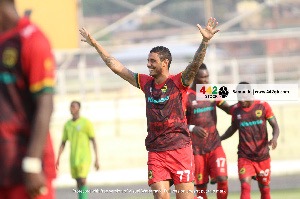