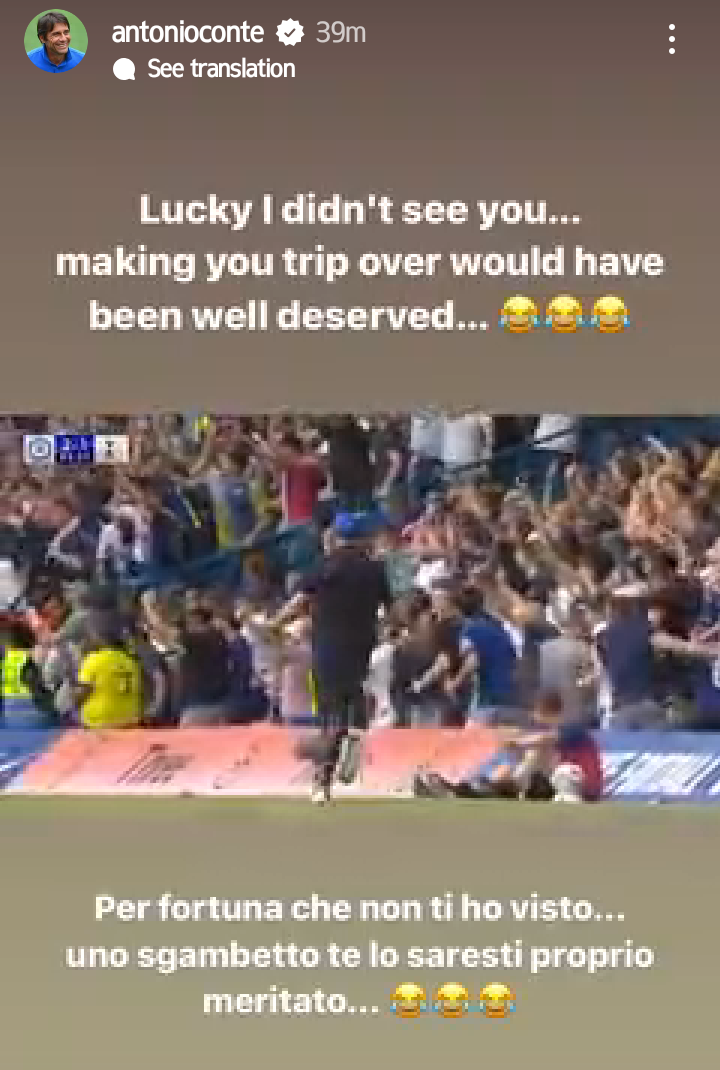 The game at Stamford Bridge was an entertaining affair, not just because of the drama on the pitch but also due to what happened on the sideline. The Blues manager was unhappy the goal stood and his counterpart was quick to remonstrate and they briefly touched heads, creating a melee between the two benches.

Tuchel and Conte shook hands walking in opposite directions at the final whistle, and when neither man refused to let go another clash ensued. They were both subsequently sent off by Anthony Taylor. Conte took to social media to send a message to his rival manager. The former Italy International posted a photo of Tuchel celebrating Reece James' goal where he ran past Spurs' technical area.

The needle between Conte and Tuchel certainly added the drama of the encounter. While both coaches did get carried away in the heat of the moment, I do not think either of them crossed a line. So, I think the red card was quite harsh, particularly for Conte, given that it was Tuchel who did not let go of the Italian’s hand.