Good news to all Barcelona fans regarding Ansu Fati's recovery

By DevarshDarshan (self media writer) | 6 months ago 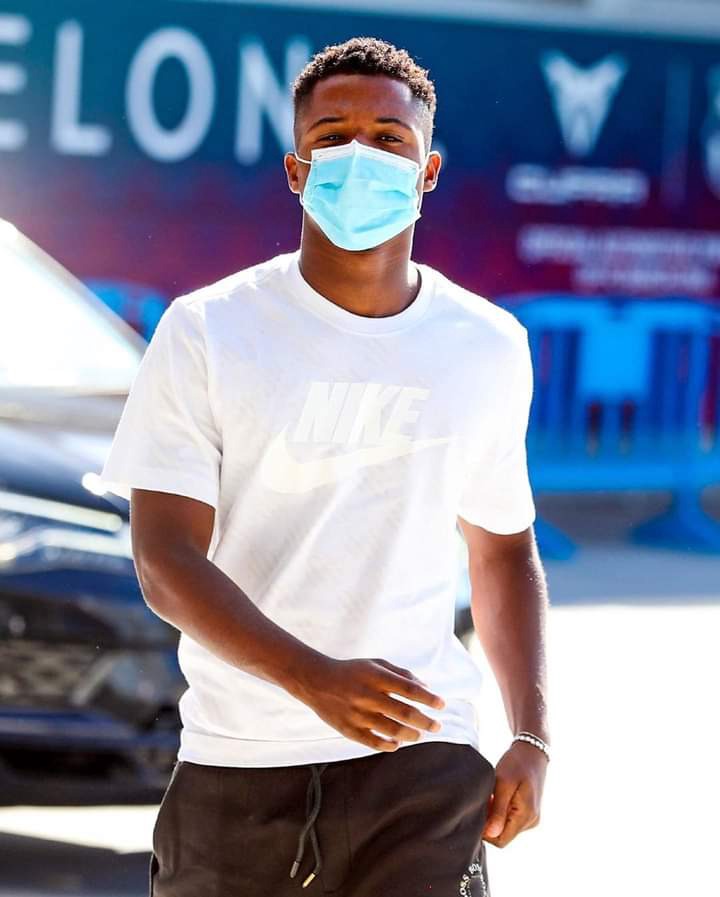 Ansu Fati has started his recovery in Barcelona today.

💥 After spending three weeks in Portugal, with occasional visits to Madrid, the Blaugrana striker begins his rehabilitation at the Ciutat Esportiva from this Thursday.

🏥 Three weeks after the partial meniscectomy suffered in the internal meniscus of the left knee at the hands of the Portuguese team doctor, José Carlos Noronha, forward Ansu Fati has returned to Barcelona to begin his rehabilitation under the supervision of the medical services of club.

▶️ During these 21 days away from home, Fati has worked in Porto with the medical team of the Portuguese surgeon who operated on him, with occasional trips to Madrid to be treated by the physiotherapist of the Spanish team, Raúl Martínez.

💪🏿 Now, Fati begins a new stage, in this case working hand in hand with his trusted physio at the club, Xavi Elain. Tough days await him at the Ciutat Esportiva with the priority objective of being recovered for the start of the preseason, which is expected to be the week of July 12-18.

▶️ After the first operation, at the hands of surgeon Ramon Cugat, he was predicted four months off. However, a series of complications during his recovery led him to undergo surgery again in January. The second arthroscopy did not solve the problem either and he ended up in the operating room again to undergo a new operation at the end of March. Unfortunately, his knee was not responding adequately and his new manager, Jorge Mendes, decided to take a Copernican turn in the management of his injury, taking him to Portugal to undergo surgery by a doctor he trusted.

▶️ Now, everything points to, that after this fourth intervention, Fati could be recovered in about two and a half months. That means that, if there are no more setbacks, the young Blaugrana forward could start the preseason with the rest of his teammates. Without a doubt it would be the best news to start the new course.