By Wisen (self media writer) | 8 months ago 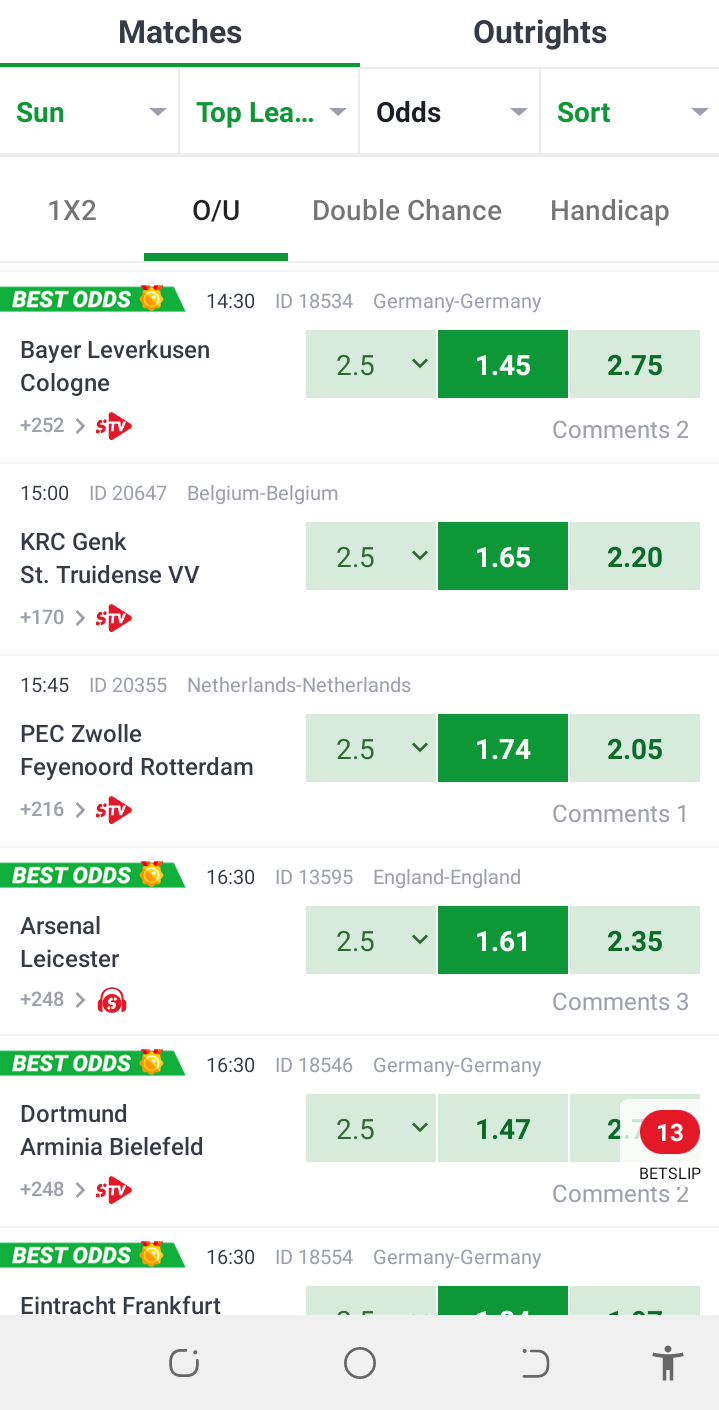 Second place remain possible for the home team, but a poor run of four game form (W 1, D 1 L 2) is threating to disrupt what have been a good season for Leverkusen. Last season Koln Survive relegation through the play off, but this season have been fantastic for them so far as they are 8th on the league log. Both clubs first meeting this current season ended in a 2-2 draw. So possibility of scoring more goals is high hence prediction, Goals Over 2.5

The visiting team are two points behind their host and will hope to overtake them into mid table with a win. They remain unbeaten in five of their last six games (W 2, D 3) but couldn’t keep a clean sheet. Frankfurt will be buoyed by their win in the Europa League, as they are not in a consistent form and haven’t scored in 3 home matches. Prediction, Goals Over 2.5

At a point in the season, Atalanta were in the top four but now drop to fifth on the log due to some poor display lately. In their last 5 matches (W 3 L2) with only one of the win occurring in serie A. Genoa have been very poor, winning just one of their twenty- eight matches played so far and winless in 12 matches currently. This two side met 6 times with Atalanta having the upper hand. (W 3, D3). Prediction, Goals Over 2.5

Both club are full of goals this season, average of 40 goals and for Villa the appointment of Steven Gerard has brought a big life to the team pushing them to mid table with the team’s current form (W3, L2) in last five matches, scoring 9 goals. West ham form has decline drastically (L 3, D 1 W1) in previous five matches for a team that was in the top four before. West ham have upper hand on the away team based on their last eight matches played between them, West ham won five and drew three. Prediction, Goals Over 2.5

Another tough encounter as both club are in a great form, and a win for Arsenal will put them in the top four with fewer games played. Leicester only won two premier league matches out of the four wins they had in the last five games, and they will be missing the service of Jaime Vardy due to injury. Prediction, Goals Over 2.5

Basel’s form is inconsistence likewise their opponent. Both clubs are among the top ten ranked teams in goals scored per match, Basel 3rd (2.2 goals) and Servette 5th (1.6 goals). Basel stats, awarded the most penalties this season (7) and 2nd in away performance whiles Servette are 3rd best team away from home. Prediction, Goals Over 2.5

FC Utrecht vs PSV Eindhoven – Over 2.5

Heracles vs Vitesse – Over 2.5

PEC Zwolle vs Feyenoord – Over 2.5

Standard Liege vs RFC Seraing – Over 2.5