Accra Hearts of Oak are the new champions of the Ghana premier league despite having a game left to complete their 2020/21 league campaign. The Phobians started the season on a weak note and were one of the teams least considered favourites to win the Ghana premier league tittle, however they gathered momentum as the season went by and traversed their way to the top of the league table. Accra Hearts of Oak's league success cannot be narrated without mentioning the name of coach Samuel Boadu, who masterminded the amazing achievement. 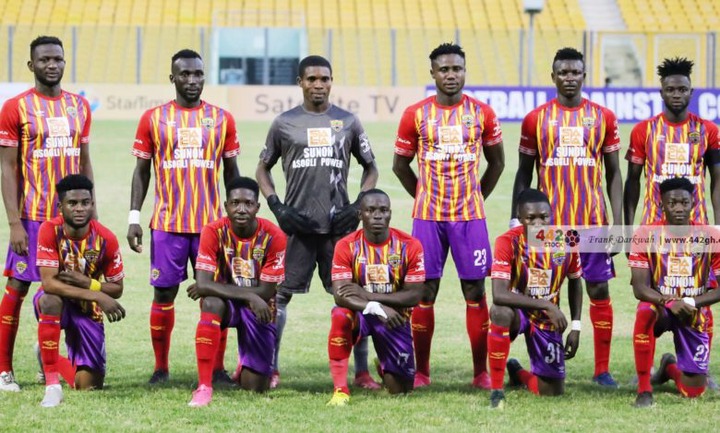 The man in the dugout for Hearts, who joined the club midway into the season from Medeama after the club's hierarchy terminated the contract of Kosta Papic, has been very much eulogised for bringing out the best out of the players. Majority of Hearts of Oak players where more or less average upon his arrival, but Samuel Boadu established his expertise by rolling out the appropriate tactics and deployed them in appropriate positions, which saw a meteoric rise in Phobians performances.

The likes of Fatawu Mohammed, Daniel Afriyie, Benjamin Afutu, Kojo Obeng Jnr, Victor Aidoo, Richard Attah and many others have improved immensely and this hasn't only made famous but has also triggered calls for them to be capped for the national team. 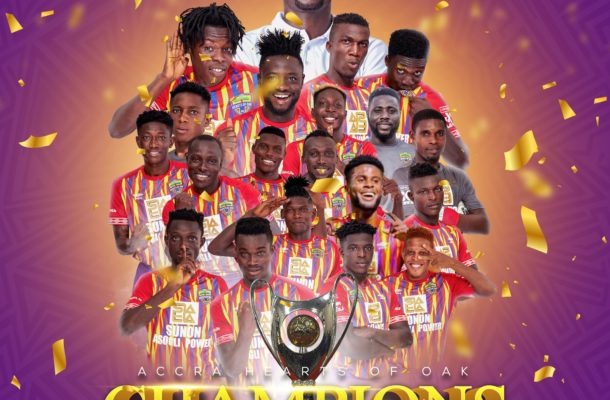 Ghanaian Pundits and fans believe the red-hot form of the Heart of oak players provides vast options for Blackstars head coach, Charles Kwabena Akunnor as far as national team selection is concerned. As we all wait to see how many Phobians C.K Akunnor will hand call-ups in the subsequent international games, the concerned Hearts of oak supporters have reechoed to the Blackstars gaffer not to forget to include Phobian stars, who merit to be capped.

They went on to cite the fact that, C.K Akunnor handed call-ups to some performing players at Asante Kotoko, when the Porcupine warriors where on a good run of form in the early part of the season. Therefore he must do same by inviting Hearts of Oak players who deserve to play for the Black stars. "When Kotoko came first in the league even with few matches played Razak Abalora, Imoro Ibrahim, Kwame Poku, Christopher Nettey, Abdul Ganiyu all got call-ups to the black stars. Now Hearts are the champions of the league and have gone 11 matches unbeaten, we are watching C.K Akunnor with our two eyes and patiently waiting for the next call-up." the supporters said.

According to them," they have the best squad in Ghana at the moment and they are expecting about 8 Phobia players, Richard Attah, Daniel Afriyie, Kojo Obeng Jnr, Fatawu Mohammed, Salifu Ibrahim, Benjamin Afutu, Robert Addo Sowah, and Mohammed Alhassan in the next Black stars call-up".

The concerned Hearts supporters concluded by saying " this is the national team where it is financed by our tax payers money so the call-up should be equal to every player on top form".

Hearts of Oak fans seem to be pressuring C.K Akunnor to select Heart of Oaks players and the gaffer would be compelled to do so, considering the Phobian's amazing campaign but we wait to see how many of them he will invite.