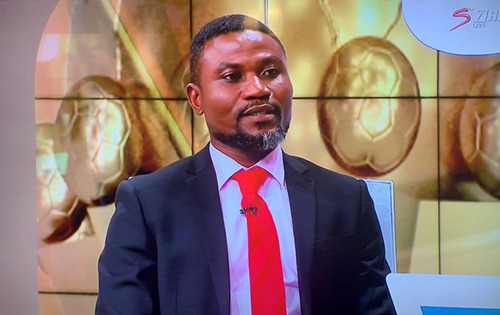 Regarded as one of the most prolific wingers in the history of Ghana Football, Laryea Kingston was one of the notable names when the Black Stars squad list was released in 2010 ahead of the World Cup in South Africa.

In the squad, the 23 man list that was named by then head coach, Milovan Rajevac did not include Laryea Kingston. This led to a shock among fans and many football spectators in the country. However, with the Black Stars making an incredible run in the tournament, the name Laryea Kingston was all but forgotten.

In an interview with a local television station, the former Black Stars player revealed that he suffered depression when he realized he was not in the squad for the world cup. In his words, he said “Looking at the squad that we had, 23 players, there’s no way you can tell me that I could not have made that squad. My wife had to follow me wherever I went.”

Laryea Kingston started his career with local side Great Olympics, whom he joined aged 16, before moving to Libyan side Al-Ittihad Tripoli in 2000, on a loan deal. However, after only four months of this arrangement he returned to Accra, unhappy at his treatment in Tripoli, joining one of Ghana's traditional "Big Two", Hearts of Oak, in 2001. Two years later he moved to Israel, initially with Maccabi Ahi Nazareth. After two Toto Cup matches, Maccabi decided not to retain him and he was signed by Hapoel Tel Aviv, where he played until 2004.