The numbers prove Neymar is a better player than Ronaldinho

By KingtsugiNews (self media writer) | 7 months ago 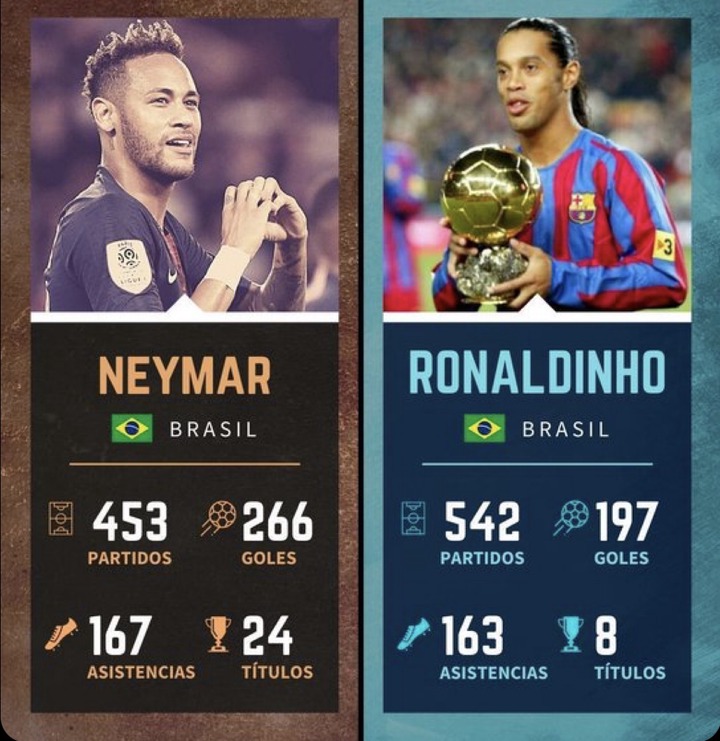 Ronaldinho is one of those ex-players who is considered untouchable in football, incomparable to anyone else because he was simply so excellent.

And, while he did more than enough during his active years to merit such adoration, the truth is that he has been outdone. Lionel Messi and Cristiano Ronaldo are the most apparent examples of players who played after Ronaldinho's heyday and perhaps outperformed the Brazilian star.

Ronaldinho and neymar are both different generational, Neymar is a left winger (LW) and player at this position is known for his chance creation and goal scoring ability. In 2015 Neymar came third for the FIFA Ballon d'OR. 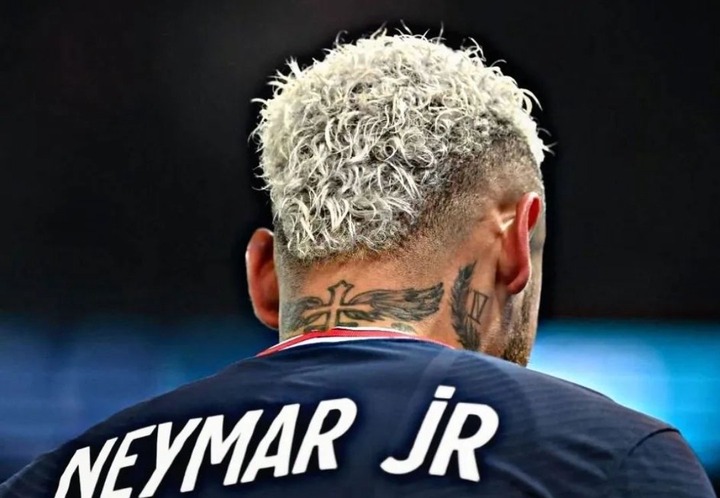 Often considered one of the best players of his generation and regarded by many as one of the greatest of all time,Ronaldinho won two FIFA World Player of the Year awards and a Ballon d'Or under age of 26 years .

He was renowned for his technical skills and creativity; due to his agility, pace and dribbling ability, as well as his use of tricks, overhead kicks, no-look passes and accuracy from free-kicks.

If you go by the stats, Neymar Jr is a better player than Ronaldinho! Neymar Jr is a modern inspiration and an awesome player and has highest appearances for Brazil. He’s also on the verge of becoming the highest goalscorer for Brazil with almost 20 goals away from the Legend Pele. 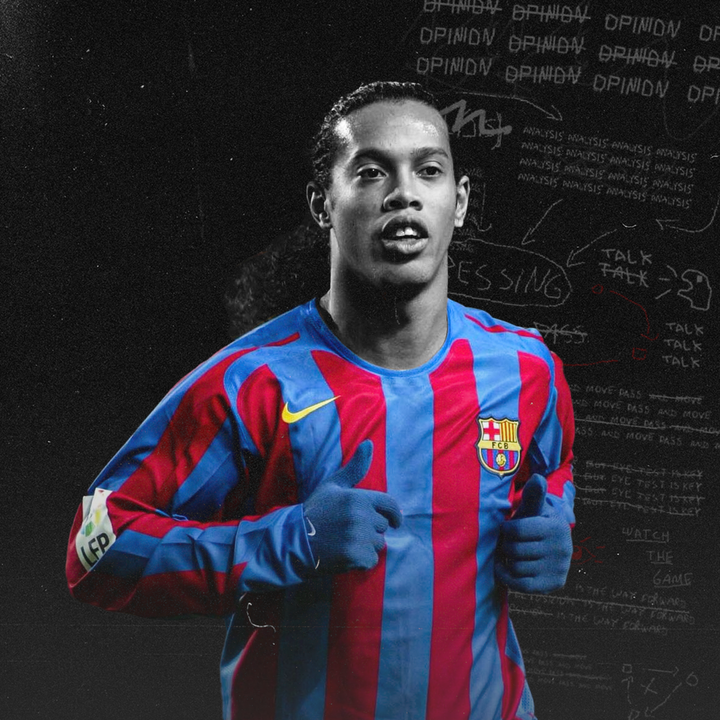 On the other hand, Ronaldinho was a magician on pitch. He was an Artist and arguably one of the greatest Brazilians ever to play but difference between him and Neymar Jr is consistency.

Ronaldinho only had 3–4 good years and Neymar has been a beast for more than 6 years for now.

Sure Ronaldinho has won a Ballon d’Or and a world cup but that’s not fair enough to compare him Neymar Jr because we live in Messi-Ronaldo era and winning Ballon d’Or in this era is a very difficult task!

Although wingers are more advanced in today's game and often play as forwards, this does not diminish Neymar's contribution. At club level Neymar has played 453 games scoring 266 goals, providing 167 assists and winning 24 titles. 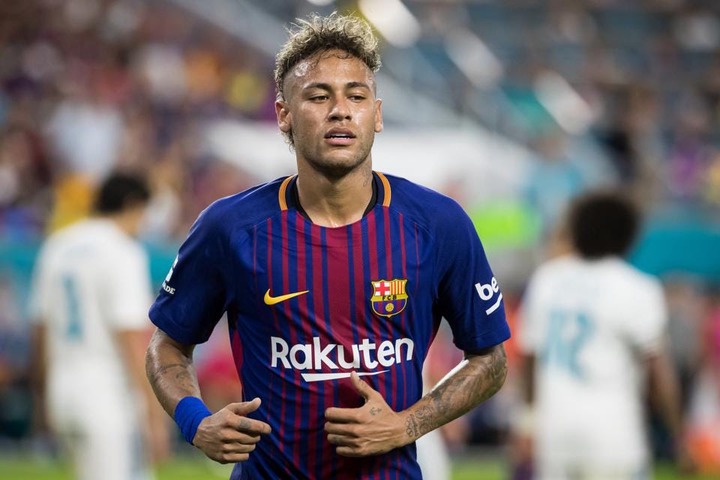 Whether you believe Neymar has exceeded Ronaldinho or not, you can't deny that he has more than earned this comparison and is on the verge of surpassing his predecessor. 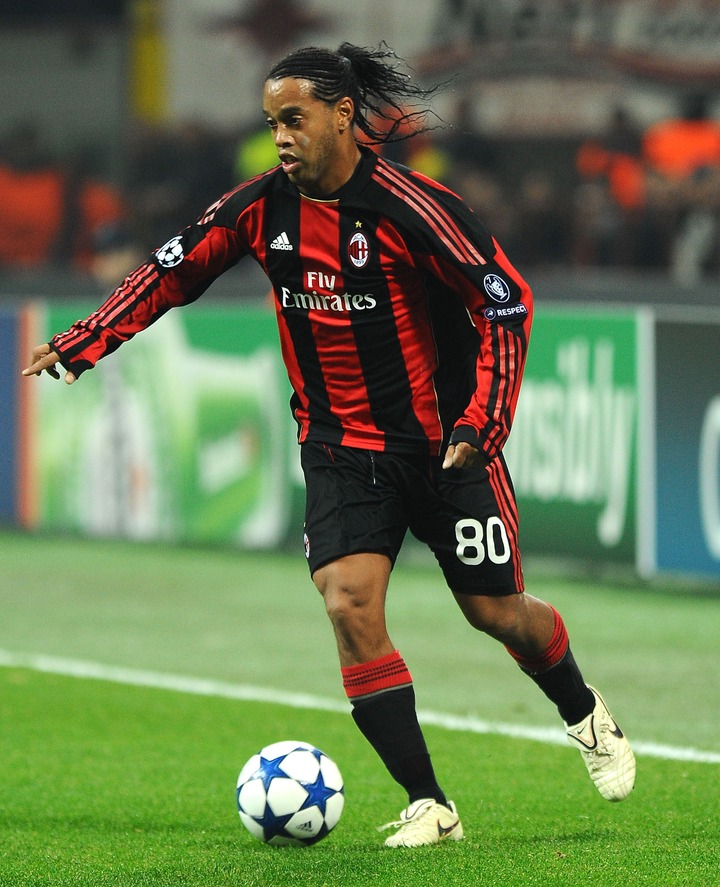 Neymar being a better player than Ronaldinho is no longer a heresy, especially if he wins the World Cup or the Ballon D'Or, both of which he has plenty of time to do.