Arsenal Getting Things Right: Few Points Away From Top-spot Chelsea, Man Utd And Others

By JNTurkson (self media writer) | 15 days ago

The 2021/2022 EPL season has delivered a lot of surprises on the doorsteps of football fans. Norwich City had its first point today after playing seven (7) league games. Just like Norwich City, Arsenal also found itself in a very tight situation when the season began. Many demanded the boss, Mikel Arteta to be sacked after the team could only find itself at the 20th position with no point and a 9-goal deficit after playing 3 straight league games.

The North London side has improved over the last four league games -winning 4 and playing a draw in 1 and with 3 clean sheets too. Arsenal has managed to secure 10 points in its last four Premier League outings. The club has moved levels far above Matchweek 3 league leaders and rivals, Tottenham Hotspur and thus are currently at the 9th position on the league table. 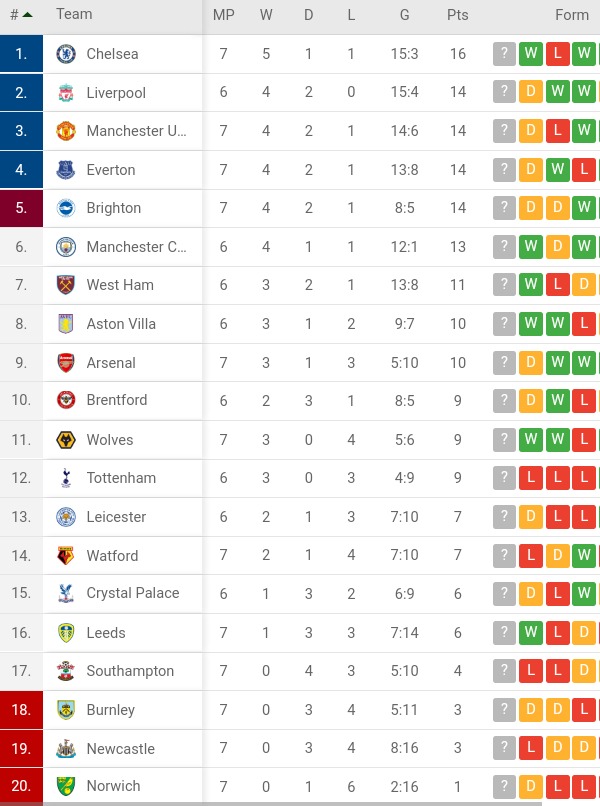 Would the club be able to keep this composure and move up after every gameweek? Where do you see the club finishing at the end of the season? Share your thoughts with us by leaving all your comments below.

Some Beads Have Negative Energy? - Here Are Some Thoughts Of Ghanaians On Beads

Flaxseed As a Natural Treatment to Reverse (Hormonal Unbalances)

Dear Ladies, 7 secrets your man will never tell you in relationships no matter what

Dear Ladies, 6 Reasons a Guy Likes To Be With You