Has Chelsea Been Fair With These Players For Signing Thiago Silva?

By Elijahwrites (self media writer) | 1 year ago 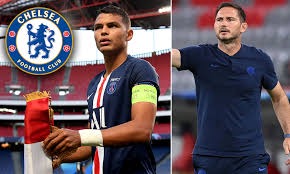 The former captain and legend for Chelsea, John George Terry on social media appears to approve of the Blue's interest in signing 35 year old Thiago Silva from Paris Saint German. According to reports, the former PSG captain will agree on a two year deal with the premier league giant, Chelsea. We have often seen photos of the Brazilian international in a Chelsea Jersey circulating on social media. Reports reveals that the two year contract is worth 6 million pounds in a season. Thiago Silva spent 8 seasons at Parc de Princes. His first champions league final was his last appearance for Paris Saint German which they lost bitterly recently to Bayern Munich last Sunday.

Chelsea have been linked with several top defenders including José Gimenez from Athletico Madrid, Declan Rice from West Ham United and Lewis Dunk who also plays for Brighton. They have again shown interest and have decided to sign Thiago Silva who turns 36 next month. Silva captained Paris Saint German to their first champions league final where they lost bitterly 1:0 against Bayern Munich. Italian giants, AC Milan and Fiorentina also showed interest in the centre back but from the look of things, the Brazilian international would prefer playing in the premier league. John Terry who without doubt is Chelsea's greatest central back ever has delivered his verdict and he seems to approve the deal. 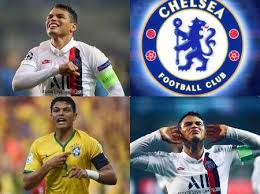 But the question is, has Chelsea been fair to their two former captains, John Terry and Garry Cahill and Willian who recently departed the Bridge and joined Chelsea's London rivals Arsenal. These three players were playing very well but Chelsea dumped them because of their age. Thiago Silva will be 36 next month but Chelsea is still interested. Meanwhile Willian was only 33 but Chelsea had no interest in giving him the 3 year deal he requested. John Terry when leaving Chelsea was very fit and strong and could have played 2 more seasons. In my humble opinion Chelsea has not been fair to John George Terry, Willian and Gary Cahill who served the club with all their strength and talent. 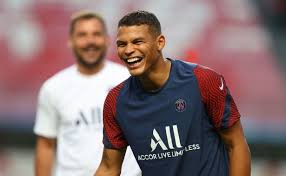 What do you also think? Do you think Chelsea have been fair? Share your opinion please.

Content created and supplied by: Elijahwrites (via Opera News )