By RandyCarr (self meida writer) | 3 days

Hearts of Oak are the current leaders in the Ghana Premier League. The phobians have been on a tremendous form since the commencement of the second round of the competition. They are unbeaten in their last six matches. Out of these matches, they have recorded five consecutive wins and drawn once.

The phobians drew parity with Great Olympics, one of their midfield supremo Emmanuel Nettey was the one who scored the goal for the rainbow boys. He scored the goal at the 52nd minute of the game but his goal was cancelled by Olympics midfielder Maxwell Quaye’s goal at the 72nd minute. 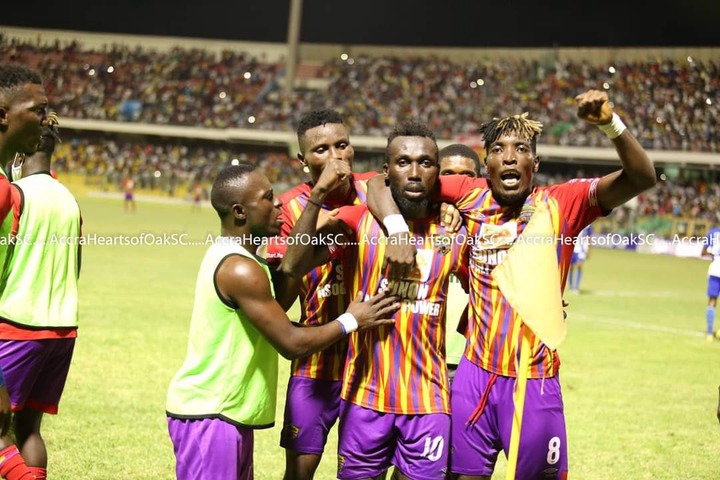 After the match, Emmanuel Nettey gave his verdict on the game and according to the 24 year old, anytime they play the last match of the day, they feel a bit pressurized and has pleaded with the officials to ensure that all matches are played at the same time.

These were his words “Yes sometimes we feel pressured playing the last game of the day because others know their results. If we play at the same time it is going to help because that is what is done around the world with few matches to end the season.This would ensure that there would be no influences from outside, so I think it would help if matches are played at the same time,’’ he said.

Hearts of Oak take on Medeama SC as their next fixture in the Ghana Premier League. 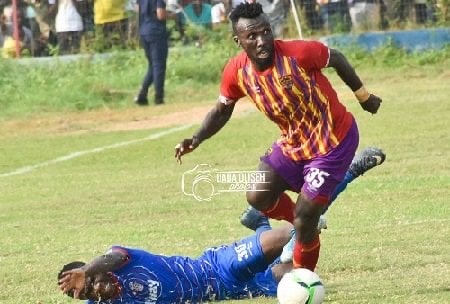 How To Watch Ghana Vs Ivory Coast Friendly[TV Channels]

(Photos): Bishop of Ho Diocese paid a courtesy call to the chiefs and elders of Kpenoe.

"Ghanaians Should get prepared for the second doses of the Covid-19 Vaccine" - Dr. Nsiah Asare hints