By Jiraiya (self media writer) | 9 months ago 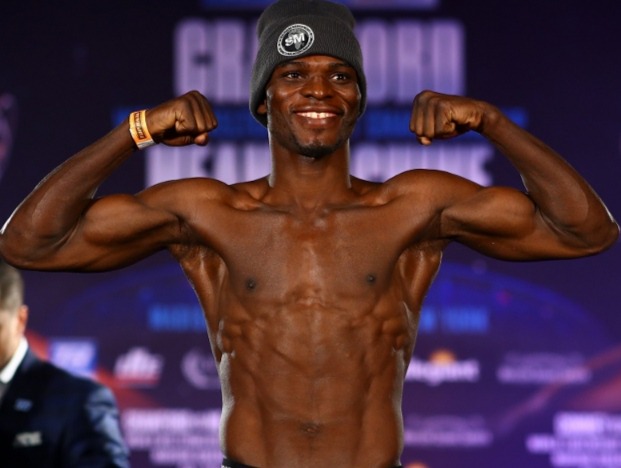 Richard Commey, the former holder of the W.B.O Intercontinental Lightweight belt was challenged by Lomachenko who is a lightweight Ukrainian boxer.

Lomachenko who is 33 years, was once one of the most feared lightweight boxers in the world.

This was the track record of Lomachenko before the fight with Commey; 15 wins, 2 losses, 11 wins by knockout.

The Ghanaian lightweight, Commey who is 34 years of age had the track record of 30 wins, 3 losses, 27 wins by knockout prior to the fight with Lomachenko.

Indeed two of the best lightweights in the world, and the fight was bound to be an exciting one.

Lomachenko in the past was criticised for his lack of aggressiveness in fights, but this fight with Commey saw him come out very aggressively as never been seen before.

The fight saw Lomachenko use his speed and amazing footwork to dodge so many punches.

He also used the punches he dodged as set pieces for counterattacks on Commey. The aggressiveness of Lomachenko was very obvious.

Commey on the other hand was a tough opponent, because despite some of the shots he took he was still standing and throwing some nice combination of punches.

In terms of injuries to the face, Lomachenko was having a few cuts on his face due to the heavy punches from the Ghanaian boxer.

However it seems the Ukrainian had so much "gas in the tank" and was hardly slowed down by the punches he received from Commey.

Commey was on defense and usually had his hands up throughout the fight. Spectators suspect he was hoping to give Lomachenko one of those heavy punches of his, responsible for his 27 wins by knockout record, but on this night Lomachenkos defense was almost impenetrable.

Lomachenko was on the offense, throwing so many fast and tactical jabs at the Ghanaian boxer. This included both body and head shots.

Commey was dropped in round 7 by a big left hand to the face. He was slightly dazed after this.

Lomachenko pleaded for the fight to be stopped, which some spectators found disrespectful because Commey was still very fit even after he was dropped.

Even after the knockdown Commey fought like a warrior blow for blow.

Round nine saw Commey give Lomachenko some headshots, which were blocked by Lomachenko.

By round 10 Commey had found his ryhthm and Lomachenko was just barely dodging shots.

By round 12 Lomachenko was dominating the fight again. But it was obvious that he just wanted a win and so was not being as aggressive as he was in the beginning of the fight.

At the end of the twelve rounds the judges unanimously declared Lomachenko as the new Wbo intercontinental lightweight champion of the world.

Content created and supplied by: Jiraiya (via Opera News )