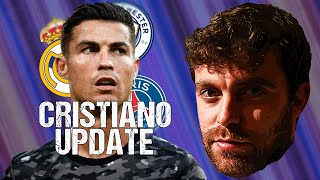 The most trusted football news outlet in Europe, Fabrizio Romano has delivered fresh update concern the speculations linking Portugal and Juventus forward, Cristiano Ronaldo out of the club. The 36 year old has 10 months left on his contract and it has becomes clear that, Juventus would not renew his contract when it expires, and has sparked increased rumours about his potential destinations. Early last week, it was rumoured the five times ballon d'or winner is on the wishlist of French giants, Paris Saint-Germain and have lined him to replace want-away striker, Kylian Mbappe Lottin.

There was another rumour yesterday about his potential switch to England, Manchester City to be precise. English outlets reported that, his agent, Jorge Mendes has offered the Portuguese star to Manchester City as an alternative to their summer target, Harry Kane and a move was on the card. In the early hours of Tuesday, some Spanish newspapers also reported Real Madrid manager, Carlo Ancelotti wants the club to resign Ronaldo. The increased rumours about his potential destinations got football fans puzzled and didn't know which of the speculations were true, however Fabrizio Romano has lifted the lid and settled the dust concerning the rumours. 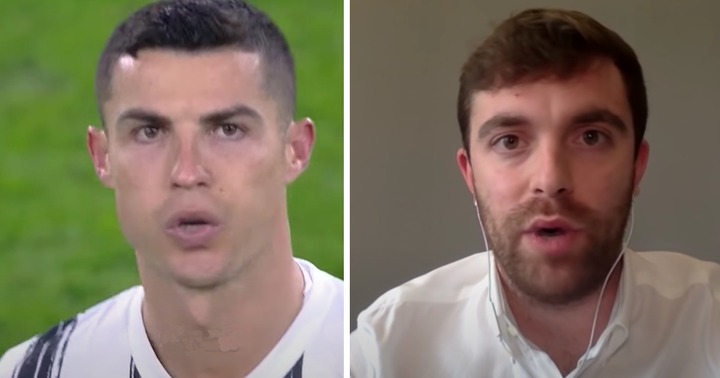 According to the news outlet, Juventus haven't received any bid for the 36 year old from any team yet, besides former reports linking Cristiano Ronaldo to Paris Saint-Germain were untrue with the French club focused on keeping Mbappe instead. He went on to clarify Manchester City links saying the Cityzens at moment are focused on their prime target, Harry Kane and haven't approached Ronaldo so far. 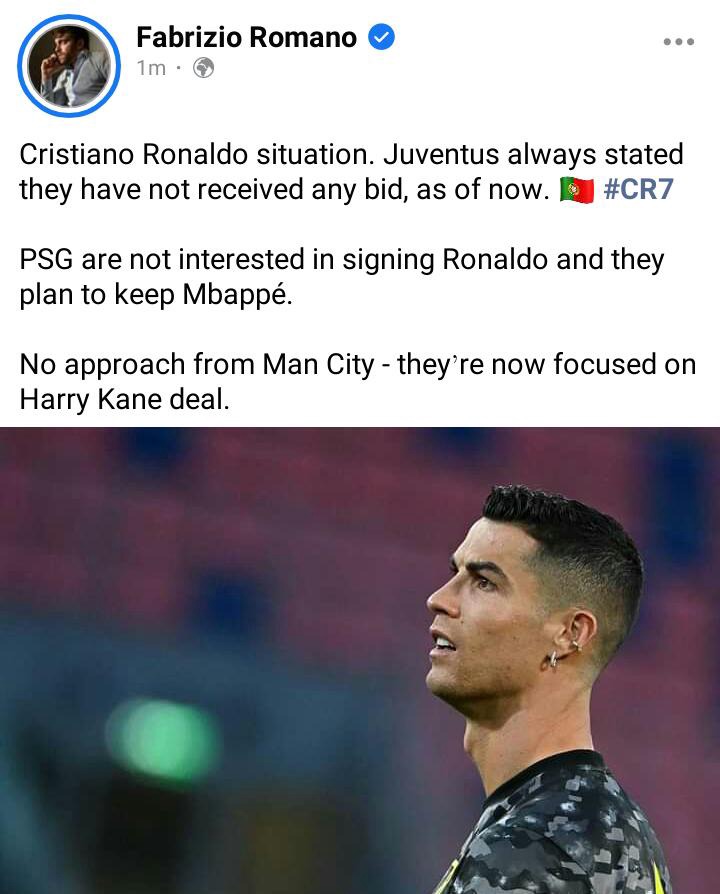