Thomas Tuchel finds himself in a head scratching situation following the injury crisis the team has plunged into. The German tactician watched with great worry after £97.5m summer signing, Romelu Lukaku and German international, Timo Werner were both subbed off in the first half of their UEFA Champions league game against Malmo, due to injuries. The former picked up an ankle injury after a bad tackle from Malmo defender, Lasse Nielsen while the latter suffered a hamstring. 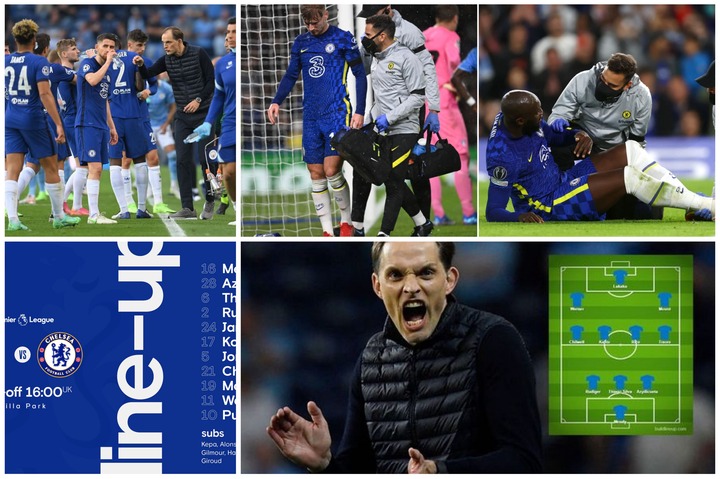 The fans got more worried after Lukaku was spotted in crutches as he exited the stadium after the match. Meanwhile the club delivered an update on the extent of their injuries yesterday and revealed the duo would be sidelined for sometime as they nurse their injuries. With games coming thick and fast, Thomas Tuchel is expected to make a swift reshuffle and changes in the team ahead of the coming fixtures to ensure Chelsea's position as league leaders is not threatened by their rivals.

Chelsea host relegation-threathened Norwich at the Bridge this weekend, a fixture deemed a formality for Blues on paper and with Timo Werner and Lukaku ruled out, have a look at the predicted starting eleven Tuchel might parade against The Canaries 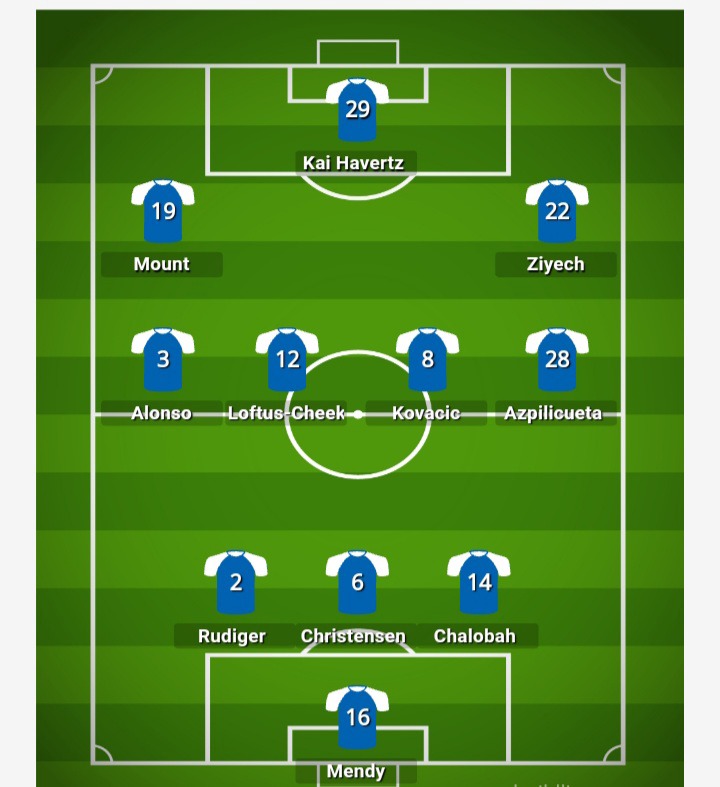 Kai Havertz seem to be the only player at Tuchel's disposal who can improvise properly as centre forward, a position he has played few times under the German manager and expected to spearhead the attack on Saturday afternoon. The German international has come under some criticisms lately for his dwindled attacking contributions but he gave the fans another reason to keep believing in him with a sumptuous goal during his cameo against Malmo, and Blues fraternity would be hoping he continue with his form if bestowed with the centre forward role.

Meanwhile Hakim Ziyech is expected to start ahead of Callum Hudson-Odoi on right wing with Mason Mount on the left wing. Ruben Loftus-Cheek, Trevor Chalobah and Marcos Alonso are all likely to start against Norwich on Saturday.