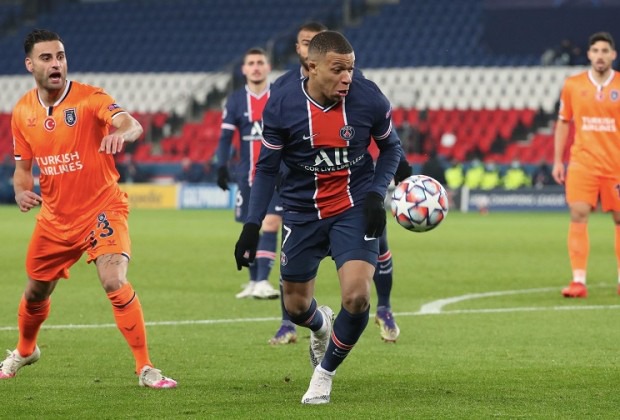 The clash had to be rescheduled from Tuesday to Wednesday after players from both sides walked off the pitch due to an alleged racist incident involving the fourth official and Istanbul assistant Pierre Webo.

While the night belonged to hat-trick hero Neymar, Mbappe managed to get PSG's third goal of the encounter just before the break to take his tally to 20 career goals in the tournament.

The Frenchman is now the youngest player to reach the milestone in the Champions League at the age of 21, breaking the record which Messi set with FC Barcelona when he was 22.

21years - Kylian Mbappé has now scored 20 goals in the UEFA Champions League, becoming the youngest player in the competition's history to reach this goal tally. Phenomenon.