Control yourself before you open this, see where a lady tattoo Messi’s picture which is very daring

By FreshGist.gh (self meida writer) | 18 days

The Copa American Champions which was led by Lionel Messi. The player has done everything possible to ensure that they make a sudden change to help him get the trophy. Messi was considered to be one of the best but he lacks the national integrity.

The Argentine team received a lot of criticism in the past for playing a blame game matches to go against Messi’s record. Things changed around when Messi descended to the level of the players to show leadership qualities and give honour to his playing mates.

The best ever player for the Argentina national team is the late Diego Armando Maradona. He won everything in football and played some lesser known teams like Napoli but, was able to make to the level of the world class footballers.

Messi was left with the national glory looking at the glimpses he portrayed in the tournament so far. He did the most assist, most MOTM awards, most goals and more. He has been outstanding and needed to catch the eyes of the fans with the national team.

After Messi won the trophy, the fans decided to show their love to the player aside all the insult that has gone to the player for some years now. As a player, he is always looking for the best chance to write his name in the record books. And the time is now as he got it.

A lady in Buenos Aires tattooed Messi’s face on her abdomen, to show her love and excitement to the incredible player. The supporters set this as a ground for preparation to the main World Cup tournament, that will make him one of the greatest players in the world. 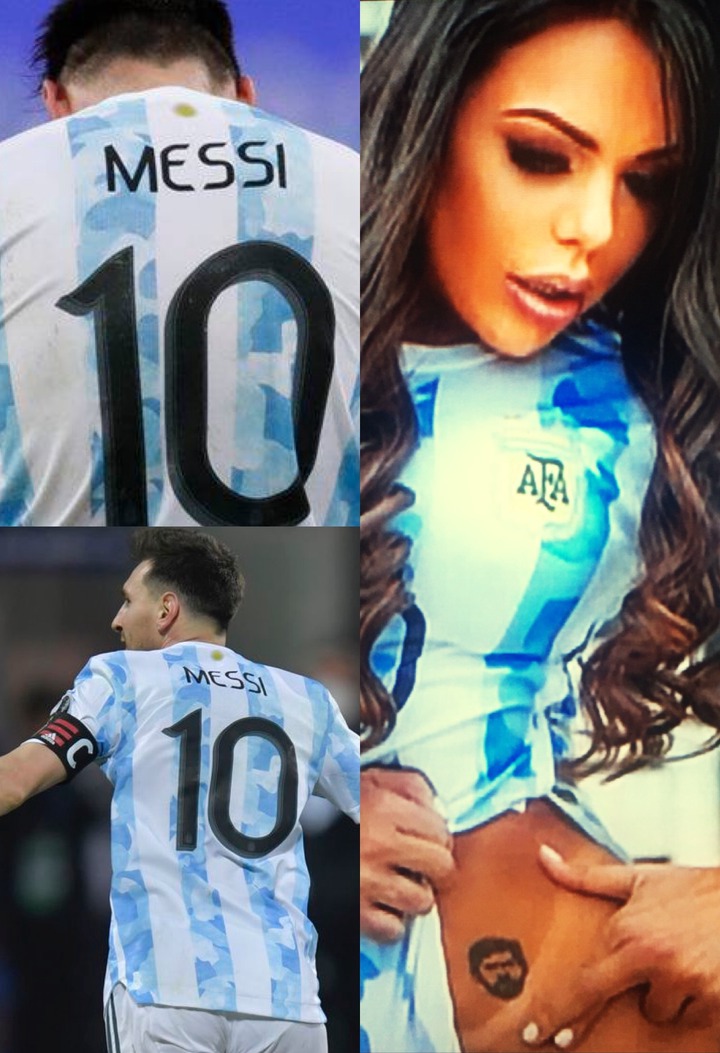