Five (5) players with the most hat-tricks in football history.

I used modern day football because, it is well documented and well calculated. Unlike in the previous century.Where most of the goals counted for some players could not be that guaranteed and traced like now.

Below are the list of players with most Hatricks in Football 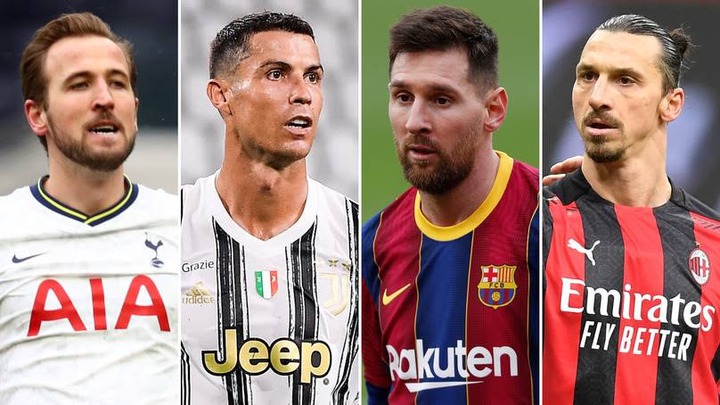 Fifth place on this list is shared by three world-class footballers.

Klaas-Jan Huntelaar is a player fondly remembered by Dutch fans worldwide. Featuring for clubs such as Ajax, Real Madrid, Milan and Schalke, the striker racked up 18 hat-tricks throughout his football career.

Mario Gomez is undeniably a legend of German football. The forward played for Bayern Munich, Fiorentina, Wolfsburg and Stuttgart before his eventual retirement in 2020. He also has 78 international caps to his name, scoring 31 goals in the process. Gomez, too, shares the record for the fifth-most hat-tricks in football.

Sergio Aguero is a far more recognizable figure on this list for modern-day football fans. Having made his name with Atletico Madrid, he earned a transfer to Manchester City and was a key figure in their most successful period in the club's history. 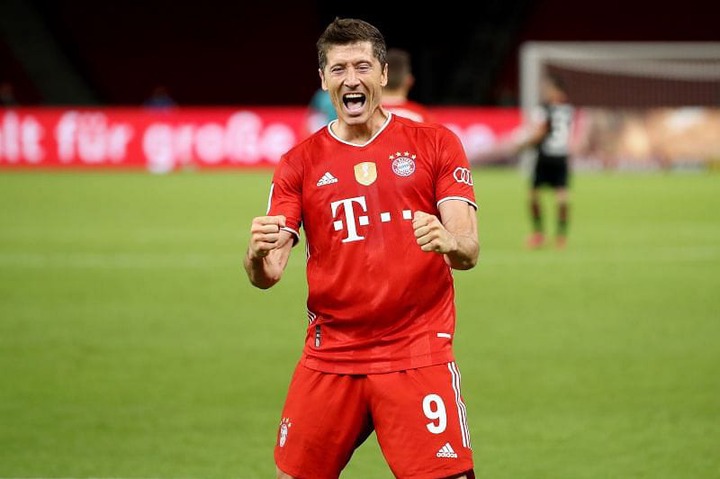 Robert Lewandowski is one of the most prolific strikers of his generation.

The 33-year-old has had a stunning career, representing clubs like Lech Poznan, Borussia Dortmund and now Bayern Munich. Having left his mark with all these clubs, there is no doubt that Lewandowski is a lethal striker.

Known for his impressive positioning and inch-perfect shooting, Lewandowski has firmly established himself as a Bayern Munich and Bundesliga legend. He is equally adept with both feet and has a bullet header in his arsenal to boot.

Lewandowski also displays impressive fitness for his age, often acting as the first line of defense in the Bayern Munich system. He has scored 337 Bundesliga goals in 447 appearances and recently surpassed Gerd Muller's record for scoring in the most consecutive appearances in the competition. 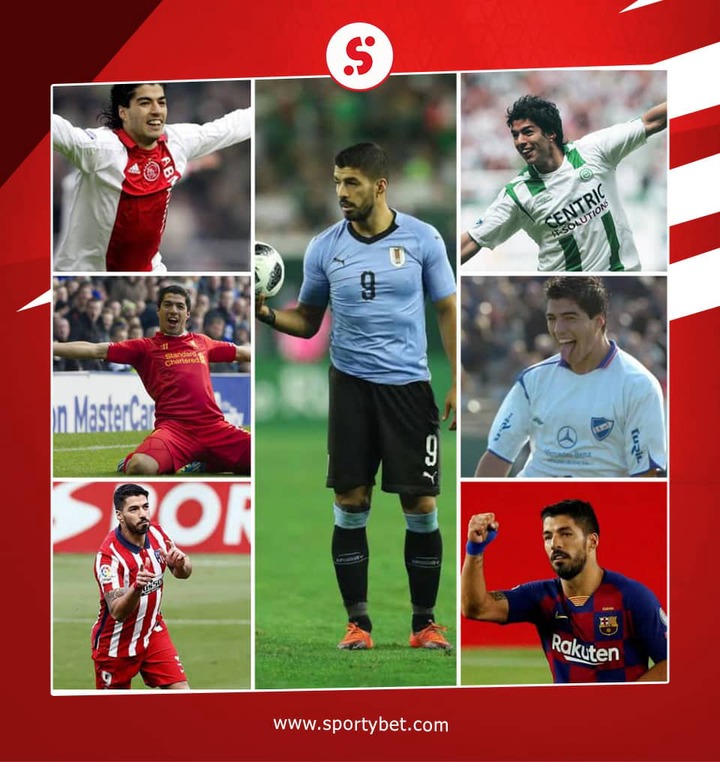 Luis Suarez is a player who divides opinion among football fans.

Undoubtedly a world-class footballer, several football purists have portrayed Suarez as a villain figure in modern football. It is also a common belief that his off-the-field antics have taken away from his achievements on the football pitch.

All things aside, the fact remains that Suarez is simply a phenomenal footballer. He has a certain X-factor about him, and is famous for running directly at defenders and being an all-round footballer.

Having made his name with Ajax in Eredivisie, Suarez earned a move to Premier League giants Liverpool in 2011. In the three years that followed, Suarez went on to become a certified club legend. Although he never won the league with the Reds, he is still remembered as one of the club's best-ever strikers. 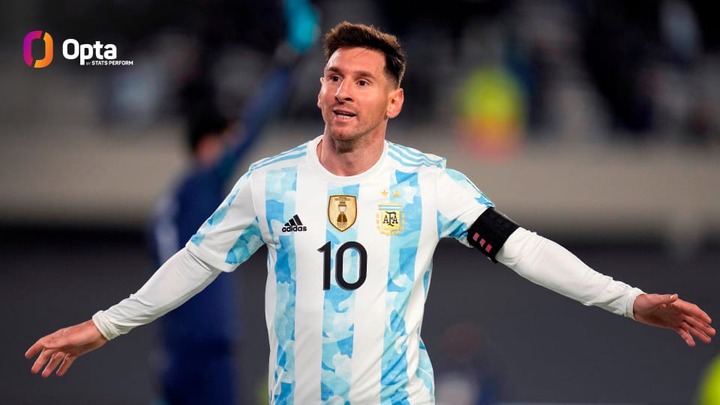 Lionel Messi is widely regarded as the greatest footballer of all time.

Arguably the biggest player in the club's history, Messi made 778 appearances for Barcelona. He scored 672 goals in that time and also registered 301 assists, making him one of the most successful footballers in history. Messi also won a record six Ballons d'Or during his time at the Nou Camp.

Lionel Messi notched the 55th hat-trick of his career, and his seventh for Argentina. In doing so, he surpassed Pelé (77) as the highest scoring South American player in men's internationals (80), whilst also scoring his 750th (and 752st) career goals. 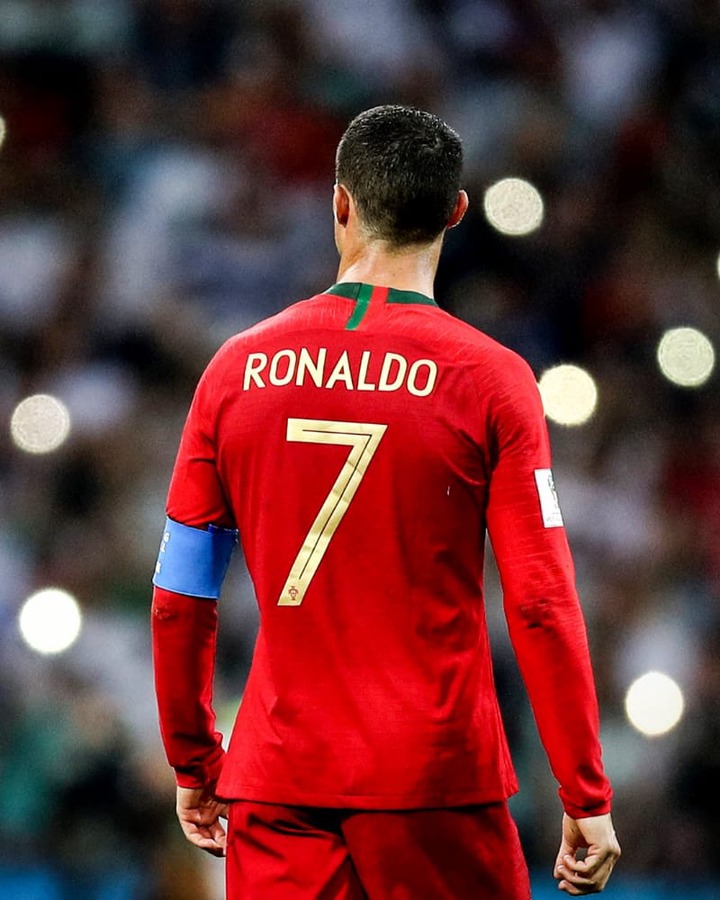 Ronaldo has enjoyed a thoroughly successful career. Starting out professionally for Sporting Lisbon in 2002, he moved to England a year later and went on to make his name with Manchester United.

Representing the club for six years, Ronaldo won several trophies and broke multiple records as a Manchester United player. He then moved to Real Madrid in 2009 to pursue the next phase of his career, where he only evolved into an even more impressive footballer.

Ronaldo spent nine years at the Santiago Bernabeu, winning a multitude of trophies and awards. His most memorable achievements are his four UEFA Champions League trophies as well as the four Ballons d'Or he won during his time with Los Blancos.

Ronaldo then went to Juventus in Italy, where he continued his uncanny knack of breaking records, especially those related to goalscoring numbers. Overall, Ronaldo has made 901 professional appearances, scoring 679 goals and providing 229 assists.

Ronaldo is undeniably a phenomenon when it comes to scoring goals. He recently broke Ali Daei's record for most goal in men's international football (109). Ronaldo now has 115 goals and netted his 58th career hat-trick during Portugal's recent victory over Luxembourg.