The postponement of the Ashanti derby at Obuasi concerning the release of the verdict by the FA.

The Ghana Football Association has heeded the proposal by the Municipal Police Commander of Obuasi, DSP Martin Assenso to postpone the premier league game between Ashanti Gold Sporting Club and Kumasi Asante Kotoko. 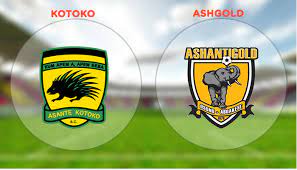 The matchday 29 fixture of the Ghana Premier League (GPL) was prearranged to transpire at the Len Clay Sports Stadium on Thursday, 19th of May, 2022 but will not take place on account of security concerns.

The fans at Obuasi trooped to the club’s secretariat at Len Clay Sports Stadium last Monday when the verdict of the supposed match-fixing of their Management resulted in the chastisement of their beloved football club to be demoted to Division Two. 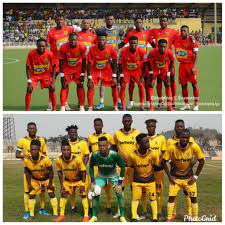 The security officers at Obuasi have demonstrated a good chore within the week to calm down the nerves of the provoked supporters searching for the heads of the players, technical heads and management members involved in the act.

A collaborator to Obuasi Police Division revealed a plot by a section of supporters against the team, the fans have planned to physically attack members of the top hierarchy in their game against Asante Kotoko on Thursday and hence the decision to postpone the match. 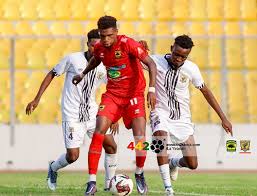 The editors of www.atspo.com have connected the postponement to the timing of the release of the verdict by the Disciplinary Committee of the Ghana Football Association, a momentous question from the copyreaders of atspo.com to its followers.

The Chief Executive Officer of Asante Kotoko, Nana Yaw Amponsah is infuriated with the decision to postpone the game against Ashanti Gold Sporting Club, he added that the timing of the decision to ban Ashanti Gold was not accurate which could have affected the club’s remaining game, especially their game with the current league leaders. 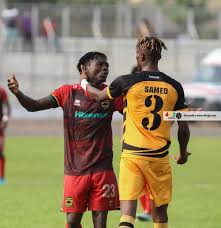 In an interview with Peace FM on Thursday morning, Nana Yaw disclosed, “The timing of the verdict of Ashanti Gold’s ban is irrelevant and the GFA should have done further consultations before releasing the ban, banning Ash Gold in the middle of the season for match-fixing is not a good idea and if they (FA) thinks that’s what the club is doing then the ban will urge them to engage in more match manipulations.”

Police Commend the People of Kroboland for a Peaceful Demonstration

"You said either E-levy or IMF, so scrap E-Levy if you have finally opted for IMF" — Ablakwa

If I Don't Succeed Akufo-Addo, Some Other Person Will Succeed Him - Bernard Mornah

Is Kennedy Speaking In Favor Of His Presidential Ambition? IMF Comment Causes Trouble

The President must stand firm and resolve the economic crisis - Professor Stephen Adei.