The GFA has named Referee Maxwell Owusu to handle this afternoon's game between King Faisal and Karela United in Kumasi. 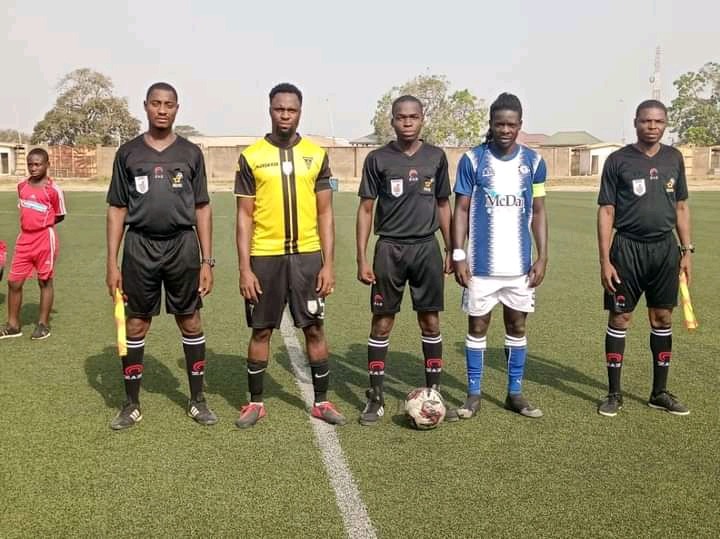 He will be helped on the lines by Peter Dawsa and Isaac Odoom with Bashiru Dauda as the fourth official.

Saturday's game between Berekum Chelsea and Asante Kotoko at Berekum, will have Jones Akubiem in the middle who will be supported by Halilu Alhassan and Richard Nartey on the lines. Edward Annan will act as the fourth official.

Referee Joseph Kwofi will take charge of the game between Accra Hearts of Oak and Techiman Eleven Wonders in Accra on Sunday.

Gilbert Adom Mensah and Theophilus Akugre will run the lines with Emmanuel Don Quansah as the fourth official.

The RTU-Gold Stars game at Tamale will be handled by Imoro Osman who will be assisted on the lines by Augustine Dakora Soglu and Isaac Asante. The fourth official will be Adaari Abdul Latif.

Referee Joseph Kennedy Padi will be helped by Emmanuel Akkafie, Abdulai Abdul Salam and Charles Bulu to take charge of the game between WAFA and Dreams FC at Sogakope.

The game in Tarkwa between Medeama SC and Great Olympics will be handled Richmond Antwi who will be assisted by Isaac Nyamekye and Courage Kuedufia on the lines with Abdulai Ibrahim as the fourth official.

AshantiGold SC will host Elmina Sharks at Obuasi with referee Franklin Akumatey in the middle.

He will be assisted on the lines by Kenneth Tweneboah-Kodua and Mumuni Fuseini with the fourth official being Maxwell Hanson.