By A.Rahamanmanaf (self media writer) | 11 months ago 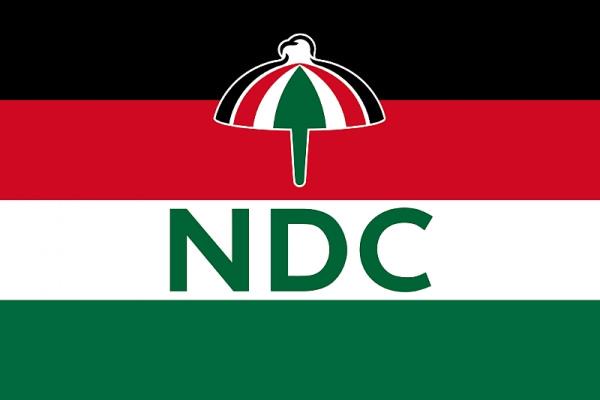 The National Democratic Congress in the Sefwi Wiawso body electorate of the Western North Region has dismissed the political race results announced by the Electoral for the territory.

The gathering has indicated of plans to challenge the outcomes in court.

As indicated by the NDC's parliamentary possibility for Sefwi Wiawso, Paul Evans Aidoo, the outcomes were not a genuine portrayal of the desire of the individuals, thus they are dismissing it.

"The NDC absolutely dismisses the full and despicable outcomes proclaimed by the electorate bringing officer back."

The officeholder Member of Parliament and Minister of State at the workplace of the President, Dr. Kwaku Afriyie, was pronounced the victor with a sum of 29,019 votes as against the NDC's Paul Evans Aidoo's 28,947 votes.

Tending to the media on Friday, December 11, 2020, Evans Aidoo stated: "what's going on in Sefwi Wiawso supporters didn't occur unintentionally. Prior to the races, we got reports of individuals who were meandering the towns and advised the residents against deciding in favor of the NDC applicant. This was notwithstanding the bold conveyance of things and GH50 per elector to prompt individuals to decide in favor of NPP. At the point when none of these was working in support of themselves, they depended on savage power, utilizing the military as a cutting edge power."

He expressed that the gathering will serve the Electoral Commission with a notification of court activity to challenge the result.

"A circumstance, where an entire voting booth disappeared like it was taken by an entertainer won't be permitted to win. A circumstance where a military official scares an appointive official into proclaiming uncollected results should not be permitted to win. Notwithstanding, as quiet individuals, we will continue to court to challenge this offensive demonstration," he added.

The resistance National Democratic Congress has dismissed the result of the December 7 surveys.

As indicated by the gathering, the political decision was imperfect, and that it doesn't perceive occupant President, Nana Akufo-Addo as the legitimately chosen President of Ghana.

Tending to the press late Wednesday night, Minority Leader, Haruna Iddrisu stated: "We entirely reject and comprehensively reject the presentation of the sitting president as the victor of the 2020 races. At the appropriate time, our flag bearer will brief the country and the global network".

"We need to state that it's a defective political race and consequently we reject it with no booking, we reject the official races as declared by the Chairperson of the Electoral Commission [Jean Mensa]. Furthermore, we likewise need to serve notice that the barefaced exertion to deny us a parliamentary larger part will be savagely stood up to."