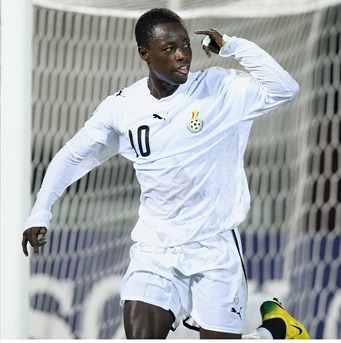 Does the name Ransford Osei ring a bell? Yes of course l know it does. You remember the Under 20 team that won the U20 world cup at Egypt back at 2009? He was part of the team along with Dominic Adiyiah, Andrew Dede Ayew and Emmanuel Agyemang Badu.

The former Black stars striker was speaking out of emotion and he said the issue with the Black stars has always been bribery and corruption. He refused to pinpoint those that were involved when pushed to the wall by the interviewer.

He said he wasn't given enough push by the Black stars. The kind of push the likes of Toni Kroos and Bojan Kirkic who were in the same bracket as at that time were given by their respective Countries.

He ended by given advice to young and upcoming players. He said God fearing and personal training programs in addition to the general team training sessions is the only way to achieve it in football even though he also believes in football spiritualism.