The Soccer Mountaineers beat off competition from five other clubs in Zone 8 to qualify for the regional middle league competition which leads to qualification to the National Division One League, DOL in Ghana.

In the 10 matches they played, Okwawu United won seven, drew two and lost one game to close the campaign with 23 points and a goals difference of plus 13. 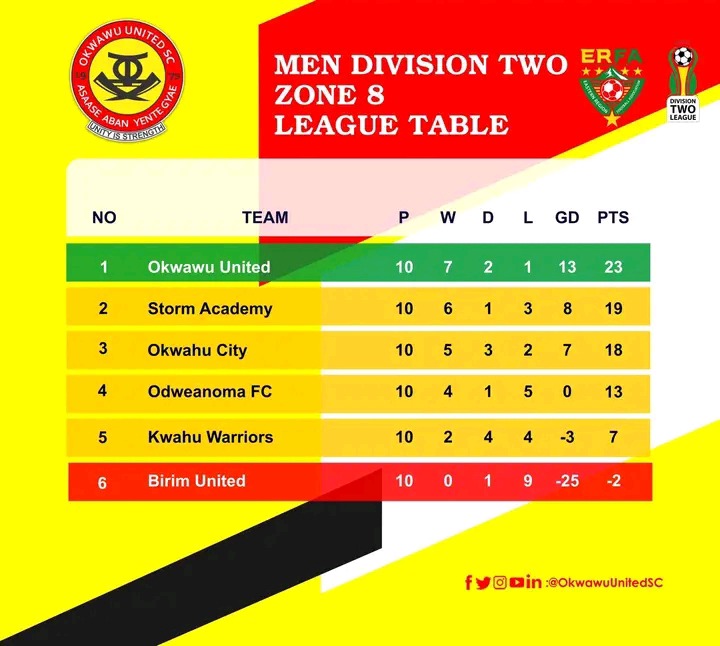 Storm Academy finished second in the zone with 19 points; Okwawu City, 18, Odweanoma FC 13, Kwahu Warriors, seven and Birim United -2, finished in that order as the season in the zonal league closed.

Okwawu United will now head into the upcoming middle league competition with high hopes of gaining qualification to the DOL league next season having come close in the previous campaign where they lost to the grand finale to Kwaebibirem United.

They will come up against the winners of the other seven zones for the middle league competition with the eventual winners gaining entry into the second tier league next season.

And with massive support and backing, the former Ghana Premier League, GPL campaigners will be huge favourites to gain that sole ticket from the region.

Church Gives Certificate Of Virginity To Ladies After Testing Them

UK Based Journalist:Tariq Lamptey Would Help The Black Stars;He Is A Defender With A Unique Mindset