FIFA is deliberating so hard to implement these rules in football

By Marketing (self media writer) | 4 months ago

Football as it is famously known across the globe,is the most popular sport which both children and aged find interesting and can assist in killing boredom. Some part of the globe referred to it as soccer if I'm not mistaken America to be precise. Football which is also called association football,is a game engaging two teams of eleven players who do their best in pushing the ball to their opponents half in other to score a goal without using the hand. Only the goalkeeper is given the chance to use the hand within the jurisdiction of the penalty arena. Football was introduced in 1863 in Britain where many used to play this on streets. Initially,it was played with the fist until rules were introduced to make it more attractive and more standardized. As we all know, football in this current world is governed by certain rules implemented by the world governing body of football (FIFA). These rules has made the sports in question much entertaining hence making millions of people trooping into DSTV centres and stadiums to watch the game. Not less than five years,VAR (Video Assistance Referee) has been implemented and in full use in football currently. Though, people are now recovering from the shock that this rule carries along however,some of it's judgement in regards to offsides are questionable hence destroying the aesthetic nature of this noble sports. Now, FIFA is yet to implement changes that are being deliberated upon. Few of these rules includes the ones below;

A).two halves played With 30 minutes each instead of the usual 45 minutes we all know and used to.

B). the clock stop when the ball goes out of play.

C). unlimited substitution will be available to coaches.

D). throw-ins will not be done with the hand but with feet instead.

It is an undeniable fact to say that the 45 minutes should rather be increased instead of reducing it. Secondly, giving the coaches the opportunity to substitute unlimited players will one way or the other,make the matches unattractive and boring and yet more goals will be scored living perceptions in the mind of people as if it were fixed games. Limited substitution also help the leading team to maneuver it's way to emerge victorious especially when the other team has brought in all the players needed to be substituted. If all these came into play in this adorable and most loving sports of the populace, it will come to a time,FIFA can decree the use of only the chest in football. Any suggestion, addition and subtraction is welcome. 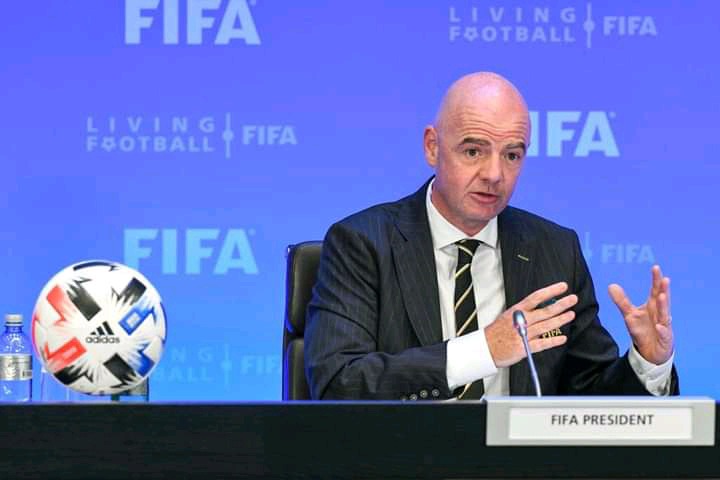 Content created and supplied by: Marketing (via Opera News )