Team Of the Week In The Premier League Revealed.

New Premier League season started last week as we witness an incredible performance from some players in the various teams. It is assure that after every weekdays matches, premier league officials bring out the best eleven players who were highly rated and line them up according to their positions. 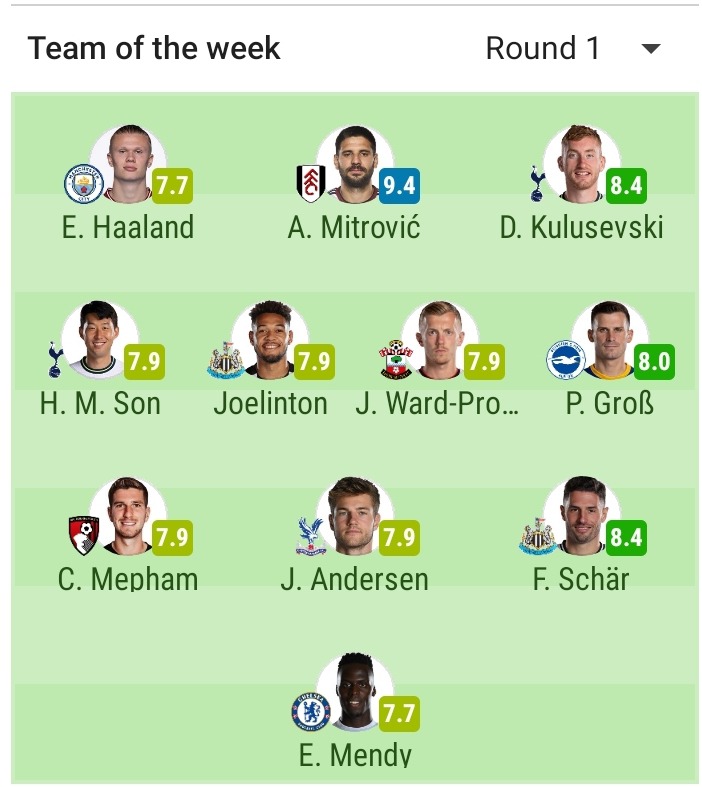 Chelsea's goal keeper Mendy is in the goal post, follow by three Center-backs which consist of Mepham from Bournemouth, Andersen from Cristal Palace and Schar also a Newcastle player.

Also, premier league matchday 1 best attackers are Erling Haaland the new signed striker for Manchester city on the right wing forward, Kulusevski on the opposite wing of Haaland and the new promoted team Fulham striker Mitrovic. 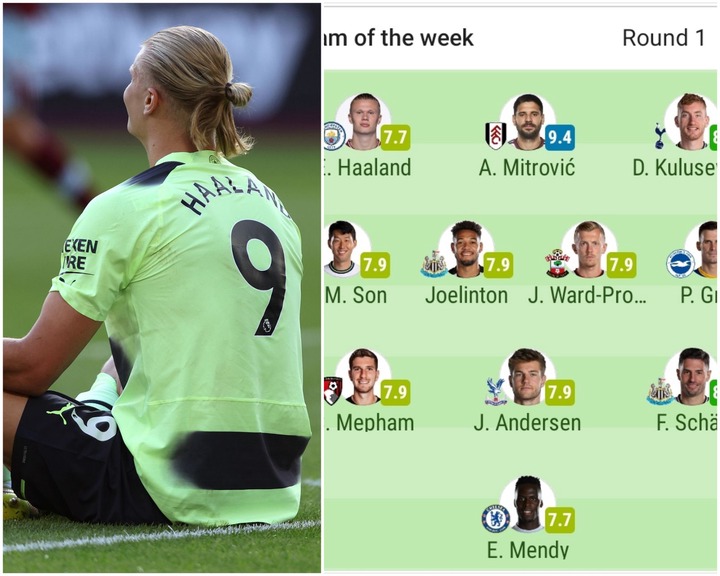 Surprisingly Liverpool, Manchester United and Arsenal; non of their players were included in the team of the week.