By ArkmanSports (self media writer) | 8 months ago

At the Dun’s park on Saturday, Accra Hearts of Oak triumphed over Bibiani Gold Stars which marks the home team’s second lost at their backyard.

The Phobians saw a steady challenge from Golden boys but a strike from the improvised right-back Serwornu in the first half of the game gave them the three points. 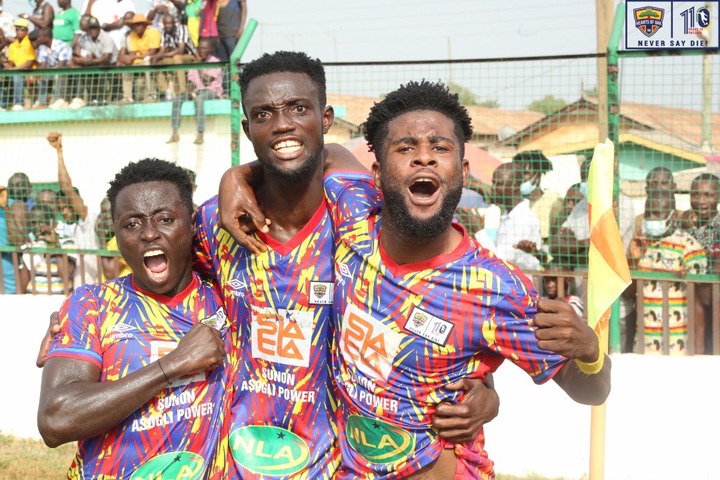 It was up to Boadu to draw weapons from his arsenal but when he rightly thought to do so, he did it in a disappointing manner.

As he kept on bringing fresh legs, the team was becoming weaker and weaker. Hearts had to defend the lone goal for about 20 minutes in the second half.

The front line of the team was not working and the defense was under intense pressure.

In the 62nd minute, Ansah Botwe came in for Caleb Amankwah. In the 73rd minute, two changes were effected by the coach, Benjamin Yorke and Awako were replaced by Victor Aidoo and Salim Adams respectively.

These changes never worked to perfection because the team came under intense pressure and the home team nearly scored on two occasions.

Players who could have solidified the team in both defense and attack like Salifu Ibrahim and Larry Sumaila did not have the chance to play.

Going forward, the technical team should have a critical look at its substitutions.