Norwegian striker Erling Braut Haaland has surprised the football world with an expensive gift to his teammates following his transfer move to the English Premier League - Manchester City to be precise this summer. The gift which was revealed to be a Rolex watch is reported to be worth €15,000 each for his teammate which was not revealed by numbers.

However, per a thorough survey of Borussia Dortmund's current Squad, it is believed to have 25 senior players - 3 Goalkeepers, 10 defenders, 10 midfielders and 2 strikers excluding himself. So mathematically wise, the 21-year-old spent €375,000 [£15,000 x25] on Rolex watches for his teammates as a departing gift. 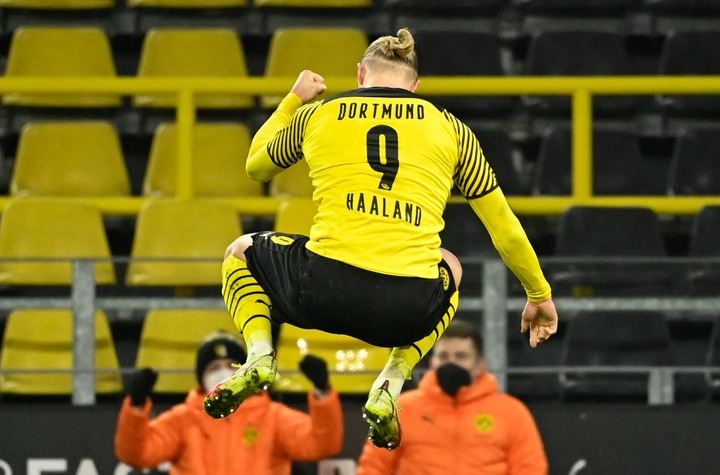 Although he's not the only footballer to have done such a thing, however, it's generous of such a thing to have ever thought of as a way of expressing their love and support for all this while. Also, history reminds us of Chelsea's former player Didier Drogba who once spent huge on gifts - [Ring to be precise] to teammates in 2012 following their first glorified Champions League trophy against Bayern Munchen which is believed to be worth £800,000.

The Uses Of Psalms And Prayer For All Purposes

No one should apologize for me - Okudzeto Ablakwa

I Dare Godfred Dame To Sue Me; Some People Will Go To Jail By The Time We're Done - Okudzeto Ablakwa

Check some photos of husbands of Obaapa Christy, Cecy Twum and Ohemaa Mercy.

He Chopped Me Well Last Night: Nana Agradaa Says As She Finally Reunites With Her Husband (Video)