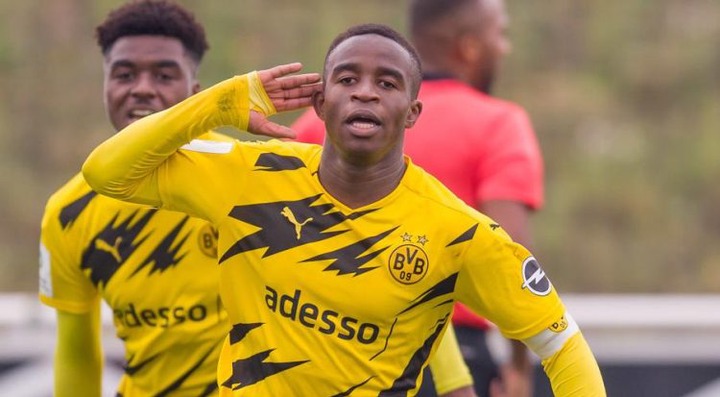 Bundesliga side Schalke said Tuesday they are examining asserted demise dangers and bigoted maltreatment focused on Borussia Dortmund's 15-year-old wonder Youssoufa Moukoko during an Under-19 match.

"Schalke 04 has assessed the sound and video material of the match and is currently working seriously on distinguishing the people capable," the club said in an announcement.

Cameroon-conceived Moukoko scored a cap stunt to seal a 3-2 away win over Dortmund's most outstanding adversaries in the adolescent game in Gelsenkirchen on Sunday.

In a clasp from the German FA's livestream of the game, fans could be heard shouting asserted dangers and bigoted maltreatment at Moukoko.

As every one of the 300 tickets for the game were customized due to Covid measures, Schalke plan to discover the guilty parties.

"I am glad to have been brought into the world with this skin tone and I'll generally be pleased," Moukoko posted on his Instagram story close by the "People of color Matter" hashtag.

"What happened must be denounced in the most grounded potential terms," said Schneider.

"It bums conviction the things that a few people in the public arena actually believe is worthy."

German FA VP Guenter Distelrath, who is answerable for hostile to separation measures, needs to see activity taken against the guilty parties.

"The affronts against Youssoufa Moukoko are terrible and totally unsuitable."

Moukoko has sent scoring records tumbling in German youth football and could guarantee another milestone in the event that he makes his Bundesliga debut after he turns 16 one month from now.

He has just prepared with Dortmund's senior crew.

Moukoko could likewise turn into the most youthful part in Champions League history in late November as Dortmund state they will add his name to their 'B' list for matches.