Three Football Managers Who Can Handle Barcelona Better Than Xavi

By Blessedblogger (self media writer) | 5 months ago

On November,,2021, football club Barcelona signed inexperienced Xavi Hernandez from Al Sadd to replace Ronald Koeman and take over the affairs of the Catalan club. Although some would disagree with the club to sign an inexperienced coach, this was the same situation under which the club signed Josep Guardiola. Under Xavi’s reign, Barcelona have played five games recording two wins, a draw and two losses. This result is not pleasing for a club as big as FC Barcelona. Moreover, Barcelona were unable to qualify for the round of 16 of 2021/2022UEFA Champions League after being beaten 3-0 at the Allianz Arena by football club, Bayern Munich. Consequently, Barcelona would now have to play in the Europa League alongside teams such as West Ham, Tottenham Hotspurs, Roma among others.

However, the are some managers who would have taken over the affairs of the club much better than Xavi of which I am going to mention only three. Erik Ten HAG is the football manager of Ajax. He would have been a perfect fit for the Catalan club. This is because that his current football club, he works with a good number of youngsters some of which are; Brazilian footballer, Anthony, our own Mohammed Kudus among others. Players such as Hakim Ziyech, Sergino Dest, Frenkie De Jong, among others are all products of his team. Barcelona are also known to have a good number of youngsters in their squad namely, Ansu Fati, Pedri, Gavi, Nico Gonzalez, Yusif Demir, Eric Garcia, among others. Hence, with his knowledge and experience, he will work extremely well with the Catalan side and the Catalan club will grow under his wing. Zinedine Zidane is known as one of the greatest coaches in football for coaching Laliga leaders Real Madrid. Currently, the coach is without a club as he claims he is on a vacation. The French would also be a good fit for the Blaugranes because of his experience and knowledge gained over the years. 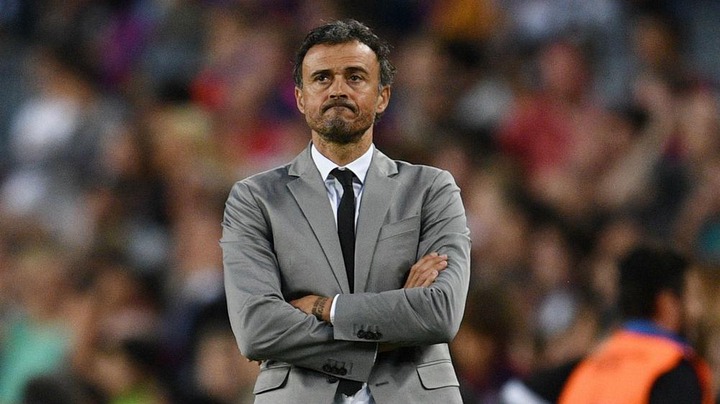 Luis Enrique would be another coach who can handle the Catalan side well. Currently, he is the coach of the Spanish National team. Enrique has handled the Blaugranes before and knows the club’s philosophies well. Due to this, he would have handled Barcelona better than Xavi is right now.

Content created and supplied by: Blessedblogger (via Opera News )

Do you want to push more weight on the bench press? Follow these guidelines?