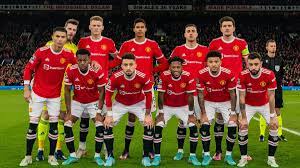 Crystal Palace suffered a defeat in their first game of the season against Arsenal. Patrick Viera’s side lost to Arsenal by 2 goals with Martinelli and Guehi’s own goal.

According to reports, Crystal Palace are set to sign Manchester United defender Aaron Wan Bissaka. The defender was one of the players to play less minutes in preseason under new coach Erik Ten Hag and is said to be on the lookout for a move away from the club.

Once a player for Crystal Palace, Wan Bissaka is said to be interested in the move and a deal is only hanging on the two clubs agreeing a deal and Manchester United’s ability to find a replacement.

Manchester United signed Wan Bissaka for 50 million pounds from Crystal Palace in 2019 but his form last season has brought a lot of questions from fans and pundits. The new manager is thought to be an admirer of Wan Bissaka’s defensive abilities but the questions over his attacking ability has left the defender in the cold.

A loan deal could be agreed between the two clubs as the purchase option is looking less likely with the transfer window about to close.