The biggest myth we were told when growing up as Ghanaians. 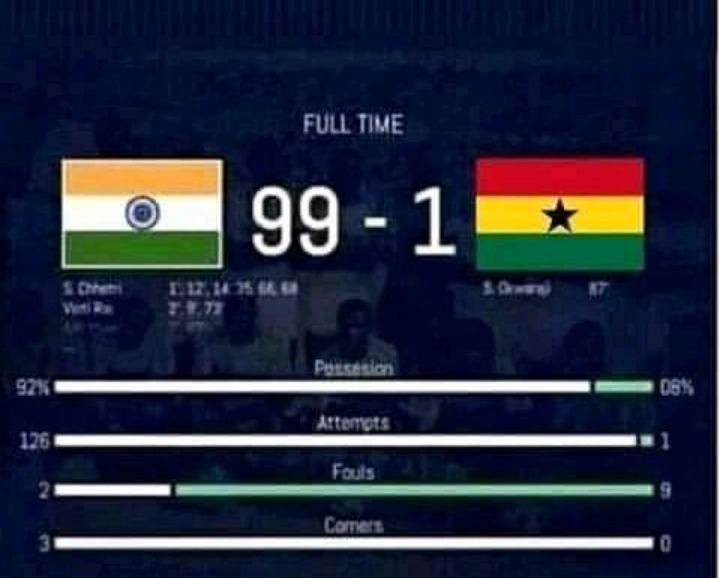 There were many myths and lies that we were told as children. The most notable was the Ghana vs. India match, in which we were allegedly told that Ghana had been defeated by India by a score of 99:1. We were told during that game that the ball could turn into fire, lion, or even a cauldron in Twi, which means "dadesen," making it difficult for our keeper to keep the ball from going into the net. This story reminds me of the legendary film Shaolin Soccer, which was one of the most popular films of the twentieth century. The Indians sat in their boat and returned to their homeland after the match. Nobody knows the truth about what happened until now. Did Ghana really lose by a score of 99:1? Did the ball catch fire?

Many journalists and bloggers conducted research and obtained confirmation from people who were alive at the time, and everyone has their own story. Some claim that the game was not even played in Ghana, but rather in Mumbai. Others claim that they never played at all. Some even claim that the Indian players came from a Guinness bottle. The story goes on to say that whenever our Ghanaian players had the ball and got to the opponent's goal post, the Indian keeper transformed into a "kakaaamotobi," or monster. Nobody knows whether the story is true or not. When a lie is told over and over again, it eventually becomes the only truth that people know. Probably, the players lost and had to tell us how they lost so that Ghanaians could sympathize with them rather than criticize them. Will the true story ever be told? Perhaps no one wants to know the truth, and we'd prefer to keep the story as it is.

Content created and supplied by: Pinocchio_250 (via Opera News )