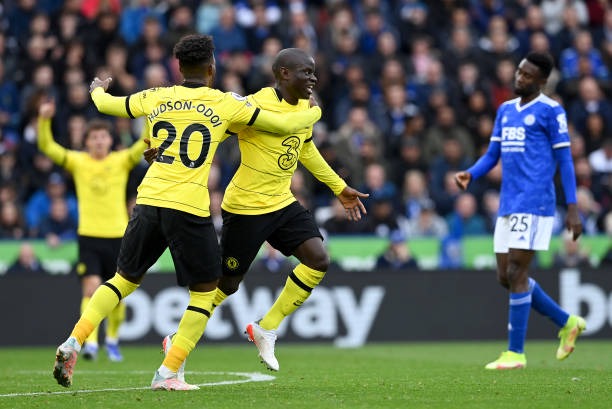 Chelsea defeated Leicester City yesterday at the King Power Stadium, extending their lead atop the league table. Leicester City were outclassed by Thomas Tuchel's side due to their inability to create big scoring chances. Chelsea's Antonio Rudiger opened the scoring, with Ben Chilwell providing the assist. N'golo Kante scored his second goal of the season to make it 2-0, with Reece James providing the assist. Christian Pulisic's late goal ensured Chelsea's victory.

Burnley drew 3-3 with Crystal Palace at Turf Moor; it was an action-packed match with plenty of action from both teams. Crystal Palace took the lead in the first half following goals from Christian Benteke and Marc Guehi. Burnley were trailing 3-2 at the break, but Cornet equalized with a brilliant volley in the opening minutes of the second half. Tarkowski assisted Cornet in avoiding another league defeat.

Manchester United were defeated by Watford yesterday, an unexpected result for Ole Gunnar Solskaer's team. They possessed the ability to defeat Watford but were unable to do so. Watford took the lead in the opening minutes of the first half through Joshua King's goal following an assist from Emmanuel Dennis. Ismaila Sarr doubled Watford's lead in the first half, with Femena providing the assist. Joo Pedro made it 3-0 for Watford, and Emmanuel Dennis secured all three points with a late goal.

Liverpool hosted Arsenal at Anfield yesterday, with Jurgen Klopp's side looking to bounce back from a surprise defeat to West Ham in their previous match. Sadio Mane gave Liverpool the lead after converting a Trent Alexander Arnold assist. In the opening minutes of the second half, Diogo Jota increased Liverpool's lead to 2-0. Mohamed Salah secured Arsenal's victory with a goal assisted by Sadio Mane. Takumi Minamino made it 4-0 for Liverpool with another assist from Trent Alexander Arnold. Arsenal appeared to be doomed due to a lack of inventiveness.

Manchester United lost their second league game in a row and fell to seventh place. Chelsea extended their lead at the top and increased their lead over second-placed Liverpool to four points. The league table as it stands following yesterday's games. 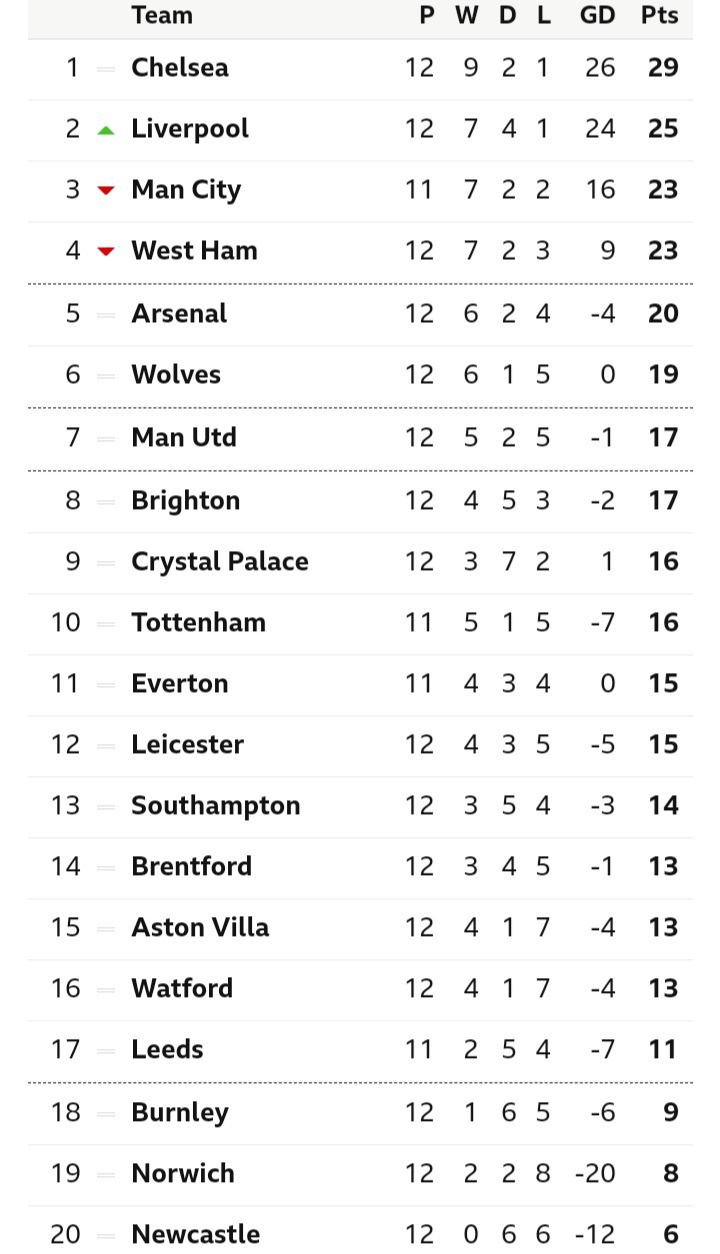 VIDEO: See How A Guy Allegedly Celebrated Prempeh College's Victory In The NSMQ By Grinding A Lady