France has fallen on the edge of getting knocked out.

By InnocentNewsGh (self meida writer) | 29 days

What a week of football one will say. The ups and downs, shocks and surprises have been written in the skies as we end a wonderful day. It all start with Spain's spectacular performance and ended with France's disastrous nightmare. The Euro 2020 proved to be a tournament combined with shock and relief after the defending champions Portugal, were eliminated. The world champions France also followed the same steps and booked their tickets back home. 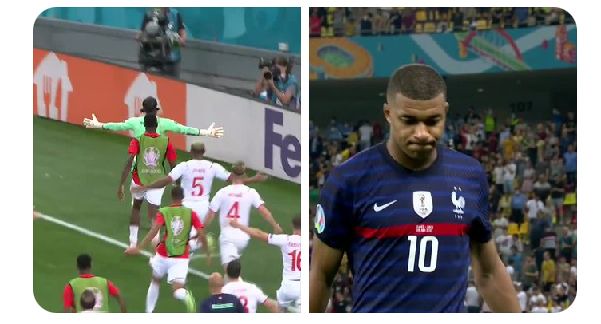 France had a promising chance of winning after Lloris saved a penalty and Benzema's two goals overturned the lead into their favor. Switzerland's fighting hopes was also cut off after Paul Pobga doubled France's lead from a perfect shot. Switzerland were down to three goals to one. However, the magically forced the game into extra time and finally into penalty kicks.

Switzerland fans almost received a heart attack after Lloris almost saved the fourth kick. However, the pains landed straight in France after their promising star Kyalin Mbappe couldn't score the last penalty kick. Tonight was the first time Switzerland have beaten France in a round of sixteen. Once again what a week of amazing football. 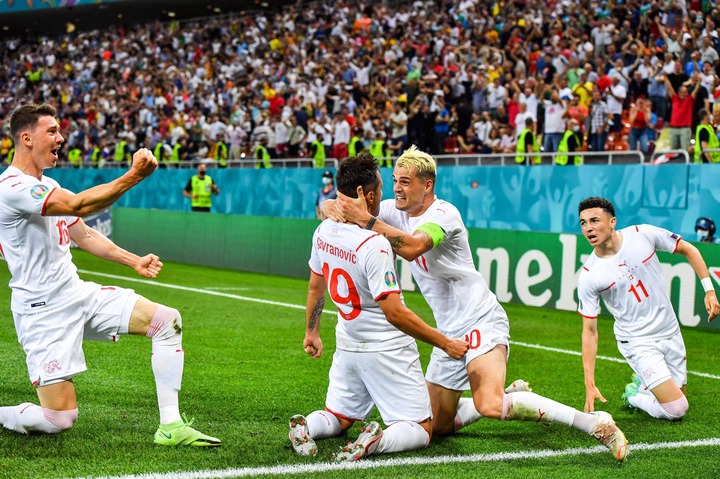 Switzerland are here to stay a bit longer.