Boxing News: Marvin Hagler, the legendary middleweight boxer, has died at the age of 66. 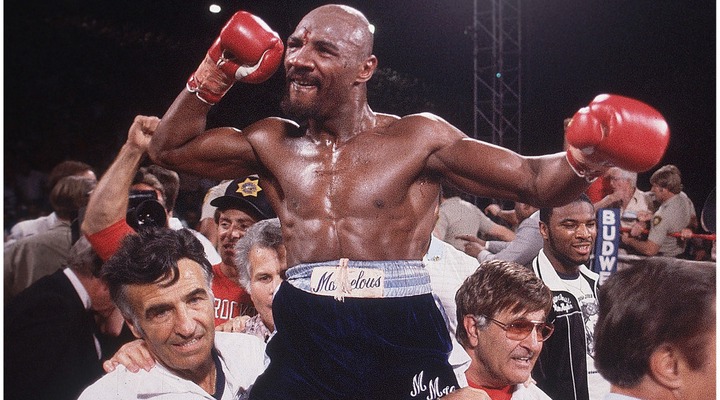 The Boxing Writers Association of America announced on Saturday that middleweight boxing legend Marvelous Marvin Hagler had died at the age of 66. Hagler concluded his career with a 62-3-2 record, including a six-year reign as undisputed middleweight champion from 1980 to 1987. The World Boxing Hall of Famer is known as one of the all-time great pound-for-pound fighters.

What was it about Hagler that made him so special?

Senior writer Tim Graham says: Hagler was the epitome of badassery, with his imposing attitude, determination to fight in his opponent's hometown, and the tenacity of his strong fists. Hagler ascended the ranks, suffering two defeats early in his career to eventually challenge Vito Antuofermo for the WBC title. After a draw, Hagler captured the WBC and WBA belts from Alan Minter and went on to have a dominant reign that included wins over Antuofermo and Roberto Duran, as well as a three-round fever dream against Thomas Hearns. And in defeat, Hagler maintained his composure. His career came to an end with a contentious split-decision loss to Ray Leonard.

In boxing, this will normally result in a hyped trilogy, with each figure returning from retirement once or twice. Hagler turned down another big payout and never fought again, content to let his name speak for itself.

What is the legacy of his boxing career?

Mike Coppinger, an insider in the sport of boxing: Hagler is widely acknowledged as the best middleweight of all time, a fearsome puncher with a commanding body and a steely determination to match. His everlasting legacy, as brilliant as his boxing talents were, will be the glorious battle he fought with Hearns in 1985, generally regarded as one of the best wars in history. He also defeated Duran; one of his only defeats was to Leonard in a battle that many thought Hagler had won.