Ghana's Lineup Versus Gabon With The Ayew Brothers

By showboylamar (self media writer) | 4 months ago 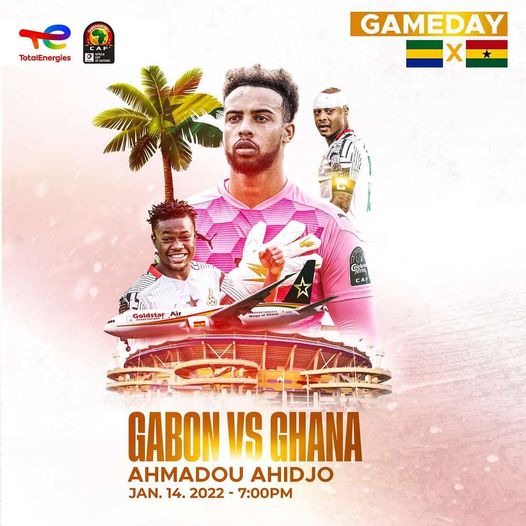 Ghana's national team popularly called the Black Stars will be facing Gabon in the group stages after they lost their opening match against Morroco. The black stars lost by 1-0 which was very late during the match. Unfortunately for Ghanaians, Arsenal's Pierre Aubameyang has passed his test and has been declared fit for the match against the Black Stars.

The Black Stars are under great pressure especially due to the fact that if they lose this game their hopes of winning the AFCON becomes a mere dream. Three very crucial points are at stake in the second group C match of 2022 AFCON group stages game. Ghanaian Coach Milovan Rajecav will have to select the best team as possible in order to win the match against Gabon. 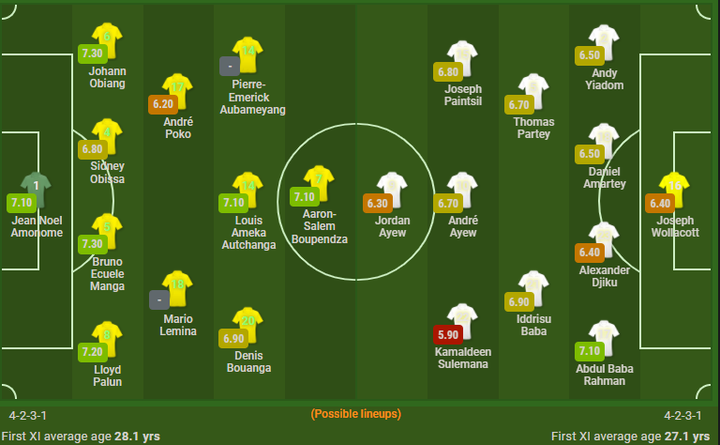 The Black Stars of Ghana as usual will be having Joseph Wollacott who plays for Swindon Town in the Goalpost. The defence line will consist of Abdul Baba Rahman who was extremely phenomenal in the match against Morroco, Alexander Djiku whose performance has also been average, Daniel Amartey and Andy Yiadom. A number of Ghanaians believe these defenders have a good chemistry among themselves and no changes should be made regarding them.

Crystal Palace's Jordan Ayew will be in attacking position whilst his brother Andre Dede Ayew who also plays in Qatar giving him all the passes and support he will need. Joseph Painstil who made some extremely clever runs in the match against Morroco will be paired alongside Kamaldeen Sulemana in the midfield. Ghana's star player and Arsenal's midfielder Thomas Teye Party whose absence is already been felt in Arsenal as they drew against Liverpool will also be in the midfield position. A lot of Ghanaians have high hopes regarding him in today's match especially due to the fact that his performance against Morroco was below average.

Thomas Teye Partey will also be paired with Iddrisu Baba whose performance against Morroco was considered satisfactory by a number of Ghanaians will also be in action. A lot of Ghanaians have high hopes that they can win today's match and trample over Gabon. 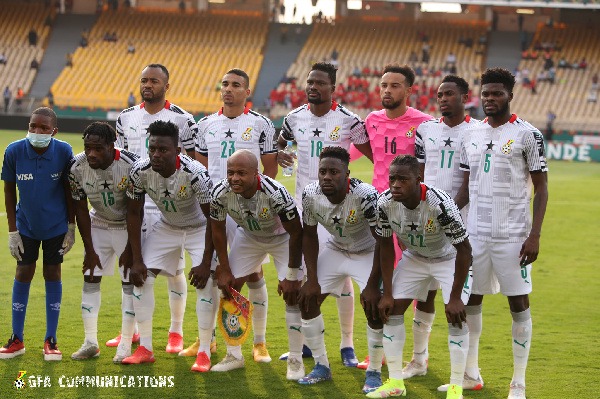