A win was all the Phobians needed to lift their morale after a poor start in the 2021/22 Ghana premier league season, and they finally secured it today after beating Elmina Sharks a lone go nail. Hearts of Oak had garnered only 3 points from a maximum of 12, lying at the bottom of the league table prior to the game. But they seem to have started making amends with the win today and it was the man who made his debut after a long self-imposed exile, Gladson Awako, whose 72nd minutes goal secured all points for the Phobians.

The 30 year old recieved a ball from Salifu Ibrahim few yards outside Shark's 18 box, which bounced off his foot slightly before volleying it into the top right corner of Sharks onion bag. They had few other chances during the game which would have seen them score three goals if they had capitalized, anyway they were able to achieve the much-coveted aim in the game, thus to win. Hearts of Oak have now leaped from the buttom of the table to the 16th position, with 6 points. 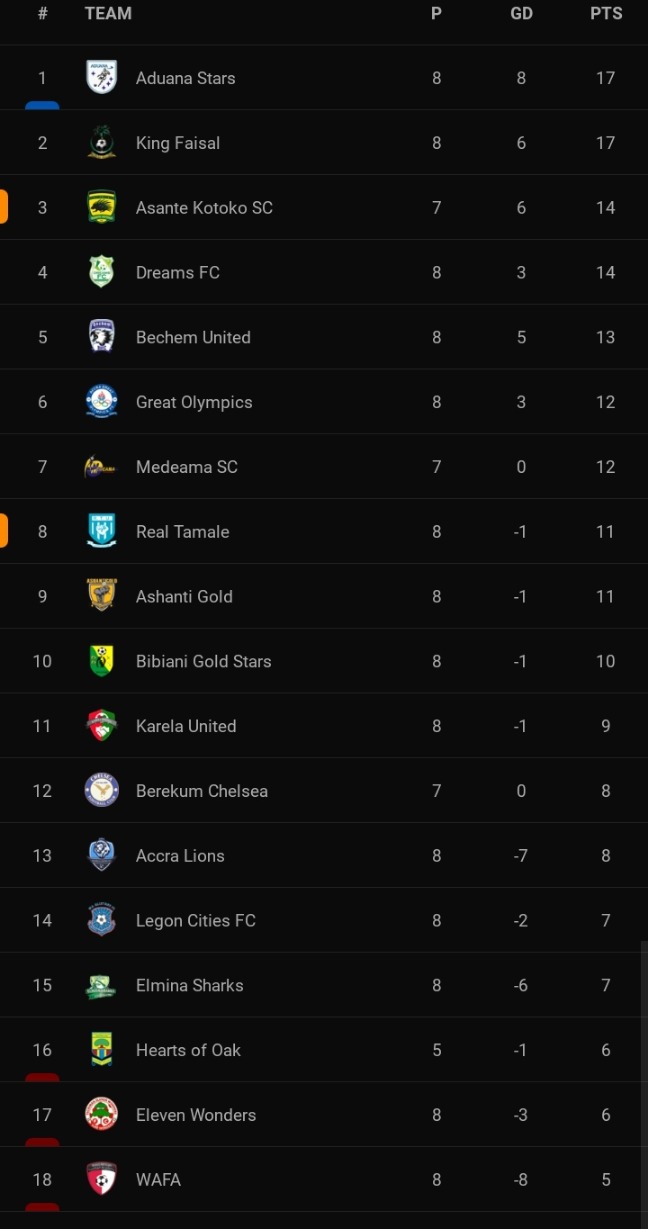 The Phobians face their neighbouring club, Accra Lions in their next game on Sunday before a tough fixture with Dreams Fc at Dawu in fortnight time. Samuel Boadu and his men would be looking forward to gathering as much points as they can in their subsequent games to achieve high finish before the season ends 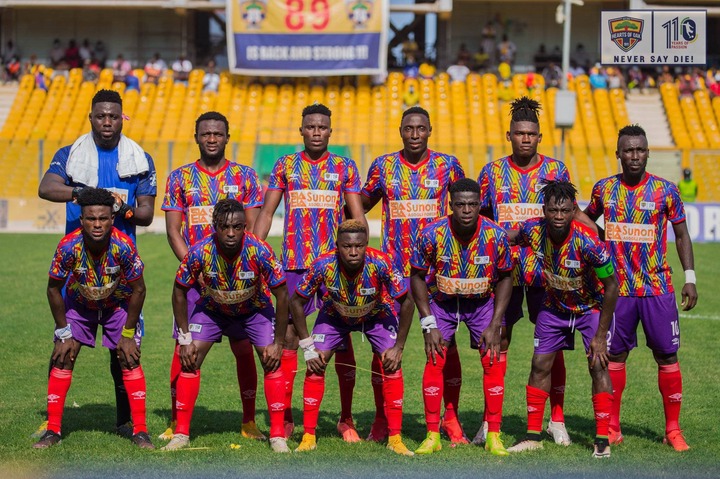 Meanwhile the Hearts of Oak fraternity's excitement after the Sharks game was ruined following the reports about Samuel Boadu's collapse during the game. The Hearts of Oak manager reportedly collapsed few minutes to half-time before being rushed to the hospital. The manager was no where to be found in the Phobian's dugout during the second half of the game, with his assistant, Hamaza Mohammad siting in in his absence.