The french classico between PSG vs OM

By Charlesic (self media writer) | 2 years ago

It`s all over and marseille won the first french classico again PSG. The fighting at the end will overshadow a great win for Marseille on the Stadium of PSG. Marseille players came with a plan and will feel it should have been 2-0, but 1-0 will have to do. Flauran Thauvin`s goal, taken very well, poves the difference. But there are likely to be plenty of bans following the fighting at the end and Neymar appeared to be claiming a racist comment was made as he left the pitch.

Neyma was giving a red card after the VAR finds he punched Alvaro in the head. PSG is going to finish the match with nine players. 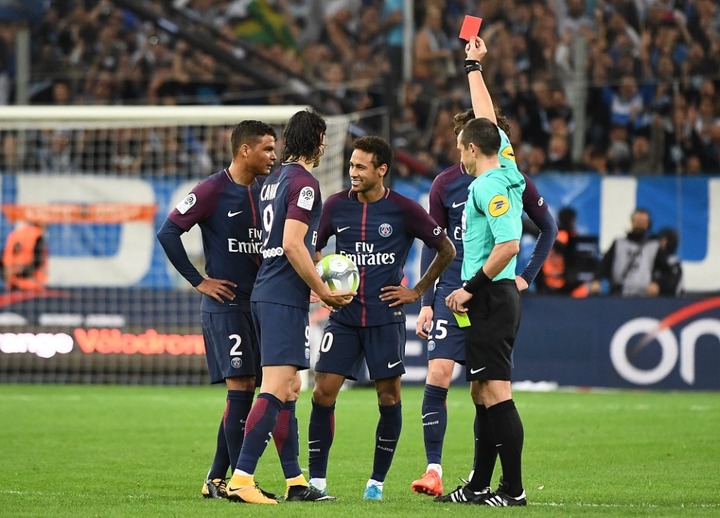 At 90+7`Benedetto gave Paredes a nudge and that sent Paredes into a rage. He came flying back at Benedetto and the pair of them, plus Amavi and Kurzawa, have been sent off.

At that time four players were giving red cards, two players for every teams.

Half Time: PSG 0-1 Marseille. Well that was feisty. Marseille have done little going forward, but lead thanks to Thauvin's well-taken goal. There have been five bookings, lots of rows and one fine Mandanda save. For all their dominance, PSG haven't created enough chances and are looking increasingly frustrated

Content created and supplied by: Charlesic (via Opera News )

Here Is The UEFA Champions League Team Of The Week.

22/23 UEFA Champions League Team of the Week - Round 3: Reece In Defence; Di Maria & Mane In Attack